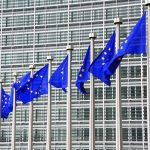 Last 30 January 2018, EIOPA published a consultation paper on the adjustments elaborated on the Insurance Distribution Directive (IDD), regarding the base amounts for Professional Indemnity Insurance (PII) and for financial capacity of the insurance intermediaries.

A PII is a form of liability insurance that covers the costs of compensating policyholders for claims, legal fees and remedies that can arise from acts, errors or omissions committed by insurance intermediaries during the conducting of their business activities. A PII not only strengthens the consumer protections by providing a source other than the firm’s capital to pay the claims, but also protects the assets of the insurance intermediaries in case of large and unexpected amounts. It is particularly valuable for small insurances and ancillary intermediaries, that might find difficult and inappropriate for their business to hold large amounts of capital. The IDD states that, regardless its size and irrespective of whether it operates in more than one Member State, to be registered and to carry on insurance intermediation, an intermediary must:

With the aim of ensuring trust in the insurance distribution, the IDD also provides for specific national options to protect customers against the inability of insurance intermediaries to pay the claim, that goes on top of the minimum requirements listed above.

Paragraph 7 of Article 10 of the IDD states that EIOPA should draft Regulatory Technical Standards (RTS) to adapt the amounts foreseen as a minimum coverage according to the changes of the European Index of Consumer Prices (EICP) published by Eurostat for the EEA in the period 01.01.2013 – 31.12.2017, reviewing the figures every five years thereafter. Although the IDD prescribes how to perform the calculations, EIOPA sees the public consultation as an important step towards a better regulation and carries it out in accordance with Article 10 of Regulation EU 1094/2010, in case of drafting a RTS. Comments can be provided by the 27th of April 2018, EIOPA is submitting the finalized RTS to the Commission by the 30th of June 2018.

EIOPA has conducted a review of different aspects of the market for PII for insurance intermediaries, concluding that: