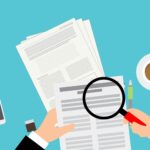 Following the overview provided in [3] “IFRS17 is coming soon”, this article focuses on a potential definition of Risk Adjustment (RA) that departs from the Risk Margin one under SII and provides a methodology for its release in the Income Statement (IS). The mathematical background is accompanied by numerical examples.

Under IFRS17 the total Liabilities are given by the sum of the Liability for Incurrent Claims (LIC), a reserve meant to cover the outstanding claims, and the Liability for Remaining Coverage (LRC). The latter is defined as the sum of the technical reserves, that, in turn, is given by the Present Value of Future Cash Flows (PVFCFs) plus the Risk Adjustment (RA), and the accountant reserve named Contract Service Margin (CSM). The RA is a provision for the risk, reflecting the level of compensation the insurer demands for bearing the uncertainty embedded in the amount and timing of CFs related to non-financial risks, excluding the operational one, as not directly generated by insurance contracts. The International Accounting Standard Board (IASB) has prescribed the need for the undertakings to disclose the confidence level chosen for the calculation, to show their degree of risk aversion, but has not specified a technique for the RA derivation, rather providing general characteristics it shall respect.

[B91] …the RA for non-financial risk shall have the following characteristics:

The two most common techniques adopted to derive the RA are the Cost of Capital (CoC) approach and the Value at Risk (VaR) approach. As it appears to be quite complicated translating a confidence level into a CoC value (for the avoidance of doubt, the 6% CoC under SII is not equivalent to a quantile of 99.50%), many companies are opting for the second technique, deeply discussed in the following. The higher the RA, the higher the uncertainty around the projections. The article also describes the pros and cons of having a high or low value of Risk Adjustment and how its variation can be split into one part concerning the services already provided, and released to the IS, and another part concerning the future services and counted for in the CSM. Indeed, as shown by the following picture, this RA change, together with the Expected Claims, compares to the Actual Claims, to capture the non-economic variance.

To adopt a VaR approach, the undertaking shall define the perimeter of risks to analyse, the confidence level at which the VaR is measured, and its time horizon: indeed, the remaining lifetime of the contract must be considered when deriving a provision for the uncertainty of non-financial risks. A possible calculation of the RA can be run following these steps, from the bottom to the top:

this can be done, for example, by means of the SII LUR correlation matrix

This methodology holds under the assumptions that

The outlined methodology is based on the following principles

This drives to the conclusion that

The idea behind the formula is that

that under the independence hypothesis can be written as

The IFRS17 principles permit diversification in the RA, that can occur because of the interaction between risks (considered in this article by the usage of a correlation matrix) and because of the granularity chosen to carry out the calculation (contracts, UoA, portfolios or entity level). As the principle requires to group contracts in UoA when they have similar risks and are managed together, it seems reasonable to diversify within the UoA, with a diversification effect that is likely to be small, as the contracts are exposed to similar risks. Still, an undertaking may claim to manage non-financial risks across different portfolios all together and move the RA calculation to a less granular level; it may also claim that these risks are reinsured and can be treated at entity level. In case the latter options were chosen, the undertaking should in any case find a way to reallocate the total RA amount to the single UoA the portfolio is composed of.

The author believes there is no point in gaining an additional diversification benefit and in trying to lower the RA. Even if a higher RA at transition corresponds to a lower Net Asset Value, it can be released in the IS for what concerns the current services (increasing the IS result) and helps in balancing out deviations between expectations and reality from time to time.

Following the definition of RA as an n-years VAR, the undertaking can assume that, over an evaluation period, the expected RA release in the IS is equal to the 1-year VAR defined at the beginning of period. When a “year to date” (YTD) evaluation is performed, the release is given by the YTD VaR, with YTD<1 year, and a consequent big release in the first quarter and smaller releases in the following ones, driven by the path of the square root function, that lays above the bisector (y=x) till x=1. When it comes to the n-years VaR definition derived from the 1-year VaR, the scaling factor, always defined by the square root of the remaining duration, becomes much smaller than the outstanding time, as sqrt(x) << x for x>1.

The following illustrative examples clarify how the RA movement can be split into the two components affecting respectively the IS, for services already provided during the year, and the CSM, for future services. At the end of the year (EoP), the sum of the two components must be equal to the change in RA registered over the year. Indeed, in Example 1, -31.4+31.4 = 0 = 100-100, while in Example 2, -36.4+31.4 = -5 = 100-105. The RA released in the Income Statement is given by the theoretical RA to release, as previously defined, minus the RA unwinding, calculated by the means of the forward rates defined at the beginning of the period (BoP). As it is easy to notice in Example 1, where a constant RA is given, what is released in the IS must be offset by a reduction of the CSM.