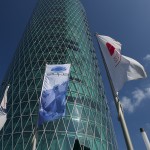 This article focuses on the latest news by EIOPA:

The risk dashboard (RDB) is published on a quarterly basis, showing the level of risk for 8 (=7+1) risk categories. This is the outcome at October 2017:

The data show an economic environment that remains fragile because of the enduring low-yields. The GDP forecast stays around 2% expected real growth; the inflation rates forecast is decreasing, inverting the positive trend observed till March 2017, the fiscal deficit is similar to the previous quarter and the unemployment rates continue to decrease.

This category measures the vulnerability to the credit risk by looking at the relevant credit asset classes exposures combined with the associated metrics (e.g. government securities and credit spread on sovereigns). The credit risk is still not to be properly reflected in the market prices, where the observed spreads are close to their historical minimum. The credit quality of the investments remains stable

This vulnerability of the insurance sector to adverse developments is evaluated based on the investment exposures, while the current level of riskiness is evaluated based on the volatility of the yields together with the difference between the investment returns and the guaranteed interest rates. The slight increase of the Bond volatilities is counterbalance by the reduction of the Equity Vol.

The vulnerability to liquidity shocked is monitored measuring the lapse rate, the holding in cash and the issuance of catastrophe bonds (low volumes or high spreads correspond to a reduction in the demand which could forma a risk). The overall assessment shows that liquidity is not a major issue for the insurance industry, despite an increased challenge for the insurers to raise debt funding and an increase issuance of CAT bonds following the hurricane season.

The solvency level is measured via SCR and quality of OF, while the profitability via return on investments / combined ratio for the life / non-life sectors. The SCR ratio has slightly increased for both groups (193, +10%) and solo life undertakings (170%, +10%), while it is stable for non-life solo (220%). The net combined ratio and profitability have improved. The quality of OF is still high.

Interlinkages are assessed between primary insurers and reinsurers, insurance and banking sector and among the derivative holdings. The exposure towards domestic sovereign debt is considered as well. Data show stable investment exposures to the different financial services.

Indicators for insurance risks are gross written premia, claims and losses due to natural catastrophes. Concerns rise from the potential impact of the recent natural catastrophic events observed in the US and some EU countries not yet reflected in the metrics.

The quantities assessed are relative stock market performances (insurance stock keeps on performing worse than the Stoxx 600), price to earnings ratio (slight improved), CDS spreads and external rating outlooks (unchanged). The market perception has improved, driven by the outperformances of the insurance stocks and the reduction of the CDS spreads. Ratings and their outlooks remain stable.

The last 25 October 2017, EIOPA published an update on Internal Model (IM) Consistency Projects. The activities are part of the follow up on the “Opinion on the preparation for IM application” issued last 14.04.2015, where EIOPA addressed to the National Competent Authorities (NCAs) an opinion on the preferred option to adopt in three areas where different approaches could have harmed the convergence across Member States and jeopardized the decision making process on IM. At that time EIOPA commented on the modelling of Sovereign Exposures, on how to carry out the calculations in absence of some formal decisions and on the use of comparative studies as a complementary tool. Against this background, EIOPA has been running three related IM consistent projects. The update summarizes the work carried out, the current status and the next steps:

NCAs are currently reviewing the data of their undertakings (IM approved that include market and credit risk); EIOPA will publish a comparative study in the first quarter 2018. The project collected information on the methodologies for modelling the risks and on their calibrations. Usually, the market risk is modelled using a Monte Carlo approach and the SCR is defined as the 99.50% (1 in 100 years) one-year VaR of the resulting basic OF. EIOPA plans to carry out comparative studies to monitoring market and credit risk on an annual basis. The future exercises will have a shorter time span, producing results before the next year end; the next study will be based on end-2017 calibrations and is expected to be launched by the end of the year.

NCAs are currently reviewing the data of their undertakings (both qualitative and quantitative). It seems that, when modelled, sovereign exposures have been treated similarly to non-sovereign instruments. The follow up on the quantitative observations will be included in 1.

Shall be held constant or shall it vary in line with the credit spreads that are stressed in the one year forecast?

At the beginning of 2017 EIOPA also launched a project dedicated to the review of the SCR calculation under the Standard Formula. The project was aimed at ensuring a proportionate and technically consistent supervisory regime and at looking for possible simplifications of the SCR calculation.

Among the items quoted in the consultation paper, two of particular relevance are:

The latter, in particular, assesses the appropriateness of the interest rate risk calibration: indeed the interest rates have dropped significantly, till becoming negative. The current approach, defined in 2009, does not represent the real 1 in 200 years shock event: due to the relative calculation of the shocks, the absolute one becomes smaller with decreasing rates and negative rates are not even stressed, while in reality they can fall further. EIOPA measured the underestimation in a back testing exercise. The underestimation would remain even if the relative stress factors were calibrated using more recent data, negative rates were stressed as well and a minimum downward shock of 1% (i.e. -1%) was introduced. Given these evidences, EIOPA has proposed some alternative mathematical approaches to derive the stressed risk free curves (additive stress, interest intensity approach, combination of relative and absolute stresses).