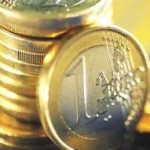 The Bank Recovery and Resolution Directive (BRRD, published on June 12) and the Single Resolution Mechanism Regulation (SRMR, to be published by July end) are aimed at harmonising bank crisis management and resolution in the European Union, introducing innovative tools, in particular Resolution Plans and the bail-in (the power to impose losses on creditors even if the bank is not liquidated), and setting up resolution authorities, a single one for significant banks in the Banking Union (Euro Area plus voluntaries).

Resolution Plans can be very useful as a theoretical exercise and complementary (or substitute) to the banking structural reform, but will be not be very useful during resolution (De Serière 2014).

Resolution Planning may be a useful ex-ante theoretical exercise. The European Single Resolution Board shall have the power to require changes to the structure and organization of banks or banking groups in order to remove practical impediments to the application of resolution tools and ensure the resolvability of the entities concerned. The measures that can be required include: limit to the bank maximum individual and aggregate exposures; to divest specific assets; to limit or cease specific existing or proposed activities; to restrict or prevent the development of new or existing business lines or sale of new or existing products; to require changes to legal or operational structures of the entity or any group entity, either directly or indirectly under its control, so as to reduce complexity in order to ensure that critical functions may be legally and operationally separated from other functions; to require an entity to set up a Union parent financial holding company; to issue eligible liabilities. These measures will supplement (or substitute) measures that may be introduced by the so called “Structural Reform” (separation of traditional banking from speculative activities), on which the Commission has issued a draft proposal, and EU competition policies (particularly in the case of state aid). Resolution Plans (and in case the Structural Reform), if decidedly implemented, will enforce the authorities’ vision of “narrow banking”.

However, as resolution tool the Resolution Plan is likely to be not very useful.  As any planning exercise it will facilitate decision taking. However, the actual resolution will likely face a difficult valuation exercise (size of losses, valuation of assets, etc.): although updated at least annually, the Resolution Plan will not contain all the information needed, including the most updated ones.  To deal with interdependencies may prove to be more difficult that envisaged in the Plan. The non-viability of the bank may reveal the un-sustainability of the core business model, which the Resolution Plan cannot assess ex-ante. More generally, the default of the bank may reveal “unknown unknowns” (De Serière 2014). As a result, resolution objectives will be achieved more effectively by taking actions which are not foreseen in the resolution plans.

The idea that a pre-packaged document (the Resolution Plan), as well as a simple resolution tool like the bail-in (hair-cuts imposed on bank liabilities by the resolution authority) will be sufficient to technically resolve the bank over the resolution week-end is misconceived. In the thirty years before the recent financial crisis, in Europe the authorities had to deal with very few large bank resolutions: one of them was the Banco Ambrosiano in 1982. On the basis of this, for long time almost unique experience, one of the most experienced supervisor of the Bank of Italy provides the following definition of the management and resolution of a banking crisis:

“a long and complicated process that requires the ability to orchestrate rapid responses as well as to take care of the various interests at stake” (Boccuzzi 2011, the underlines are mine).

The notion of “resolution week-end” is in itself misleading (De Serière 2014). Responses have to be “rapid”, but a “long and complicated process” cannot be collapsed into a week-end span. What is necessary over the resolution weekend is “swift action” (De Serière 2014), “improvisation” (Schoenmaker 2013), the “ability to orchestrate” such that the responses are credible to the market on next Monday. The idea that pre-packaged measures and a percentage of  losses imposed on a list of creditors will replace these abilities and bring to new life a defaulted bank the next Monday is dangerous and misleading. To imagine that if resolution plans and bail-in were there, Lehman could have gone back to business as usual on September 15 2008, is diabolic and particularly unpleasant to Lehman competitors. A dead bank is a dead bank and cannot be transformed in Frankenstein’s monster, at least without terrifying the alive.

In the best cases, resolution plans will support the decision making process (a “swift action”), which will “improvise” ad hoc solutions in the management of an idiosyncratic bank crisis. In this, the treat of bail-in will facilitate the use of effective resolution tools, such as asset separation and bridge bank, aimed at a private market solution.

In case of a systemic crisis, both resolution plans and the bail-in will be totally useless. However, the introduction of Resolution Plans, together with the set-up of a Resolution Authority and the introduction of bail-in, will have re-legitimised the sole effective resolution tool in systemic crises: the bail-out.  Rephrasing Levitin (2011):  “When systemic risk materialises the alternative between [resolution] and bail-out is illusory and bail-outs cannot be banned. The real issue is how to re-legitimise bail-out”.

De Serière, Victor, “Recovery and Resolution Plans of Banks in the Context of the BRRD and the SRM: Some Fundamental Issues”, forthcoming.