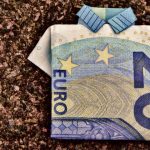 The EU is set to become the largest supranational bond issuer in the world thanks to its €90bn billion instrument for temporary Support to mitigate Unemployment Risks in an Emergency (SURE) and €750bn Next Generation EU (NGEU) recovery fund. If we look at the distribution of bond notional issued by the European Union outstanding as at the end of June and we divide it between SURE, NGEU and legacy programmes (mainly for loans to Ireland and Portugal during the last debt crisis) we can see that the SURE programme (now concluded) represents almost 50% of total with NGEU already representing 20%.

This significant amount of new bond issued on the market doesn’t present a material liquidity spread if we compare the Legacy vs the SURE yield structures.

Because of its material significance in terms of notional issued, we will analyse the financial aspect of the SURE programme in the rest of the article. The plans to mitigate Unemployment Risks in an Emergency financed through the SURE programme nor the social characteristics of the bonds issued will be part of an upcoming article.

In the tables below we report the results of the Commission borrowing (table on the top) and how the proceedings have been distributed to the different member states.

From the table we can notice that:

Because of the back-to-back lending structure, the loans disbursed under SURE generated interest rate savings for the vast majority of the Member States as the Commission was able to obtain favourable terms on the capital markets. To compute the savings, it is assumed that, in the absence of loans from SURE, Member States would have issued bonds with the same characteristics (i.e. maturity and coupon) as the EU SURE bonds on the day the loans were disbursed. The difference in yield between the government bond on the secondary market and the bond issued by the Commission is multiplied by the maturity of the bond and the notional of the back-to-back loan. We summarise the results of the analysis in the table below[2].

Here are the main takeaways from the table:

The SURE programme hence represents a win-win for the European Union (who has now established more firmly its presence on the capital markets) and the Member States (who have recorded significant interest rate gains). It paved the way to an instrument like the NGEU which is going to re-interpret the back-to-back lending structure in light of the new grants offered to Member States. “The successful SURE programme which served as a kind of test run makes us confident that the NGEU bonds will meet both our and the investors’ expectations” said Johannes Hahn, European Commissioner for Budget and Administration. We’ll analyse the NGEU programme in future articles.

[2] We have excluded from the analysis Estonia, Croatia, Hungary, Malta and Slovakia because of the limited size of the bonds issued. These represent less than 3bn of the total amount disbursed.