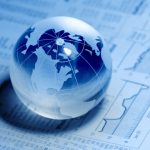 Overall, the stress test exercise shows the significant sensitivity to market shocks for the European insurance sector. The groups seem to be vulnerable to not only low yields and longevity risk, but also to a sudden and abrupt reversal of risk premia combined with an instantaneous shock to lapse rates and claims inflation.

Management actions were not allowed in the exercise. Data refer to end of 2017. The exercise covers 42 groups (75% of consolidated assets, 66% of technical provisions at the European level).

In the baseline situation, participating groups have an average AoL ratio of 109.5% with an SCR ratio of 202.4%.

In the NC scenario, participating groups report a drop of only 0.3% in the aggregate AoL ratio. The limited impact of the NC scenario is mainly due to the reinsurance treaties in place, with 55% of the losses   transferred to reinsurers.