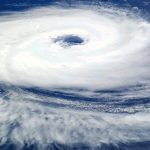 What do Artic warming and Texas freezing have in common with customers’ protection?

Let me guide you through this article, that starts with a scientific note, spans the consequences of climate change and ends with the awareness that the utter freedom is not always for the best.

Nowadays “climate change” is on everyone’s lips: scientists study it, providing forecasts and warnings; regulators draft laws with the final aim of protecting the planet and some politicians define their own identity waving the green flag. The Earth’s temperature has gone up about a half Celsius degree in the last 100 years and scientists think it will keep going up. This will cause more snow and ice to melt, the oceans to rise higher, some places to get hotter, some others to have colder winters, still others to get more/less rain, others to experience stronger hurricanes or devastating wildfires.

Recent studies have reported that the Gulf stream has considerably weakened because of the large quantities of cold water dumped by the melting of the Artic ice of Greenland, reaching its minimum in a millennium.

The stream is part of a larger phenomenon called “Atlantic Meridional Overturning Circulation” (AMOC), responsible for carrying warm water from the Caribbean to the US eastern coast, Iceland, Great Britain and Scandinavia. Interesting fact about the latter is that AMOC has allowed large human settlements to thrive in places located well above the polar circle, such as Tromso, in Norway. Scientists predict that if global warming continues, we will reach a tipping point, with higher sea levels in the US eastern coast, harsher winters in Northern Europe and droughts in Southern Europe. All of this is going to happen over a long horizon, while other extreme events have already taken their toll, such as the Texas freezing.

According to some researchers, the Artic warming has interfered with the Polar vortex (an area of cold air at low pressure encircling the poles), pushing the cold air to areas far more southern than usual. Last mid-February, Texas was hit by freezing temperatures and snowstorms, that caused many power plants to go offline and 4 million people to survive without power, gas or drinking water.

It must be said that, even though the cold wave hit a much larger area, only Texas experienced such a devastating blackout and the reason is twofold (no power to import, no power to produce) with a common root: the yearning of freedom. Early in its history, Texas had craved after being as independent as possible from the federal government and had decided to opt-out of a common power utility grid shared with the other US states. In times of need this turned out into limited possibilities of importing power. Furthermore, by choosing to be independent, Texas had chosen not to follow the reliability standards set by the government commission, leaving the private companies to decide whether to upgrade their plants to endure extreme low temperatures (an option to sell energy at higher prices when the supply is low). Only few companies had decided to spend a large amount of money for such an uncertain and unlikely scenario and, last mid-February, many were unable to produce power: coal piles froze, nuclear plants shut down, wind turbines stopped and natural gas plants had the gas frozen in their pipelines. To encourage the supply and try to meet the large demand, the Texan supervisory authority raised the market price cap to a record of 9.000$/MWh (common prices lay around 50$/MWh), causing some retail customers to pay bills of thousands of dollars while fighting for survivals, for just 4 days of service. As explained below, this happened because of how those electricity contracts were designed, leaving all the risks in the hands of the customers.

The lack of power imported or produced is something clear, let us take a closer look to the latter point: the utter liberalization of the energy market. In few words, total liberalization means that everyone can offer a contract to anyone that wishes to agree, with rules provided by the market. Competition certainly helps in lowering the prices but, if not properly regulated, brings few guarantees and leaves all the responsibilities on the customers’ hands. Had they really read the term-sheets and understood the complexity when subscribing the contracts, prior to the disaster? Does is even make sense for them to access such a risky market?

Electricity can be traded in two ways: in advance (with a forward contract), or on the real-time (wholesale market). When retail customers subscribe to a fixed price contract, the private companies providing the service buy the electricity on the forward market, based on a forecast of the customers’ consumption, and then buy/sell the potential extra need/surplus (discrepancy between the forecasted and effective consumption) on the highly-volatile real-time market. This potential delta (or inaccuracy in the assumptions) generates a risk for the companies, that find a compensation in the fixed prices charged to their clients.

Griddy was the name of a Texan electricity provider that, for a 9.99$ monthly membership fee, used to offer its retail customers the possibility of purchasing electricity on the real-time market, at prices usually cheaper than the fixed ones. Surely a profitable agreement, until the disaster of last mid-February, when the customers faced astronomical bills and Griddy itself went bankrupt for failing to make payments to the electricity market.

It is an author opinion that customers need to be safeguarded by a common system, regulations and commissions: pure market and utter freedom are not always for the best.

Similarities can be found in other contexts, such as banking or insurance services.

It is a recent news that the trial against three former managers of Etruria bank is reaching the final phase. Back in 2012, the Tuscan bank, facing a severe crisis, issued three subordinated bonds marketed to retail customers, probably not aware of the risks they were about to bear. Two years later Etruria was declared insolvent and the managers accused of lack of disclosure of the risks related to the bonds.

Another example comes from the US health insurance system, where the policies are often hard to assess and compare. Luckily, in Italy IVASS ensures adequate protection of insured persons with a view to the sound and prudent management of insurance undertakings and their transparency and fairness towards customers, protecting them in face of market evolutions, including the ones deriving from the climate change.

Quoting NASA, humans can change climate too: drive less, plant trees, turn off the lights when you leave a room and turn off the water when brushing your teeth.