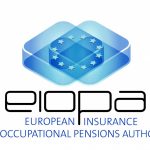 Last April the European Council and Parliament approved one amendment to the calculation of the Volatility Adjustment (VA): the trigger for the Country VA has been moved from 100 to 85bps. This change is now being reviewed and will be published on the Official Journal of the European Union after the summer break. Once published, the Member States will have 6 months to include it in the local regulation.

The VA is one of the LTG (Long Term Guarantee) measures under SII which aims to ensure the appropriate treatment of insurance products with long term guarantees by dampening irrational market movements that would result in unjustified credit spreads. Unfortunately, according to the Italian insurance Companies and the Italian Regulator (IVASS), its mechanism has never been as effective as hoped. The Companies feared that the change they have been requesting for long would have only been set in place in 2020, together with the revision of the SII framework but, luckily, it has been recently approved during the vote of the ESA’s review.

The SII directive requires that both Assets and Liabilities are valued at a “fair price” and these quantities are then used to calculate both the OF (Own Funds) and the SCR (Solvency Capital Requirement) of a given firm. The business model of Insurance Companies is usually long termed, being their liabilities characterized by quite high durations. To be matched and with the aim of getting proper yields, Insurance Companies tend to invest in long term assets that, in this framework, suffer an “artificial level of volatility” of the spreads, which is short termed. The “artificial volatility” comes from non-default related changes in market values of bonds, like for instance the liquidity changes. However, since Insurance Companies have long-term guarantees and aim to hold their assets accordingly, it is rational to think that their OF and SCR should not be affected by those temporary changes. The VA is meant to offset this improper effect: when the spreads rise (and the value of the Assets falls down), the VA, applied on top of the Risk Free yield curve, increases as well (reducing the value of the Liabilities).

The VA is published on a monthly base by EIOPA and is made up of two components:

both are reduced by an application ratio of 65% and then summed up.

The Currency VA is based on the 65% of the risk-corrected spreads between the interest rate that could be earned from a reference portfolio of assets and the risk free interest rates without any adjustment. A Currency-specific reference portfolio is used to determine the portfolio yield spread over the relevant risk free rate less the portion related to default or credit risk; the result of the calculation is referred to as the risk corrected currency spread. The portion related to default or credit risk is referred to as the “risk correction” (or fundamental spread) and is based on a percentage of the Long Term Average Spreads (LTAS) observed in the past 30 years (it describes the portion of the spread that is attributable to a realistic assessment of expected losses, unexpected credit risk or any other risk). The VA could turn negative when observed spreads are lower than the historical spreads, however is limited to the level of the risk correction: in practice it is expected that bonds maintain a positive spread as investors can hold swaps as an alternative (which reduce credit risk).

In addition to the Currency VA, a Country VA can be applied under specific circumstances. The Country VA is aimed at capturing situations where a country suffers a credit downgrade, which would lead to significant drop in government bonds from that country. The Country VA only applies when the risk corrected country spread is greater than twice the risk-corrected currency spread and the risk correct country spread is greater than 85 (previously 100) bps.

The following chart shows a case study carried out by ANIA (the Italian National Association of Insurance Firms): the blue dots depict the currency VA value in the recent history and the red dots the corresponding total VA value when the country part is triggered; the red values in the filled squares show the times in history when the country VA would have been triggered if a threshold of 85 had been used in place of the former 100bps. It is clear that a lower threshold would have allowed for a more ongoing and coherent effect:

However, ANIA stated that this achievement is a short term solution and that the mechanism of the VA must be reviewed from the basis.

Lastly, as already recalled, the VA is calculated based on a pre-defined reference investment portfolio, representing an average European insurer. While the use of a generic representative asset portfolio and the resulting adjustment on the liability discounting curve are desirable ensuring convergence in the calculation of the Solvency II ratio, it may not really be appropriate for firms that show different durations or assets allocations.