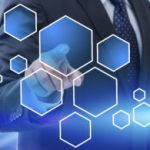 Last April 2021 EIOPA initiated a stress test exercise to assess the resilience of the EU insurance sector to a prolongation and worsening of the current adverse economic conditions, translated into market and insurance shocks that double hit the capital and liquidity positions of the firms. The reference date is 20YE. EIOPA and the National Supervisory Authorities (NSAs) are concluding a set of consultations with the participants by the end of May, providing clarifications and improving the stress test package. The calculations must be submitted by the 13th of August 2021 to the NSAs, that are validating and reviewing the results during the later months, publishing the stress test outcome in December 2021.

Stress tests are used by regulators to gain insight into the companies’ vulnerabilities to adverse, albeit plausible, economic evolution. They do not result in a “pass or fail”, but may raise possible follow-ups, such as recommendations of corrective actions to individual companies or suggestions of new market practices to the whole industry. Stress tests also aim at assessing the potential for a spill-over effect from the insurance to other financial and non-financial sectors.

Differently from the 2018 Stress Test, the 2021 one is based on one single adverse scenario, but, in addition to the usual capital perspective, it also assesses the liquidity position of the companies. This decision follows the recent publication by EIOPA of a methodological paper on the liquidity stress testing for insurances, as described by the Author in this article https://www.finriskalert.it/liquidity-stress-testing-for-insurances/. The participants are requested to estimate their position under both the assumptions of Fixed Balance Sheet (no reactive management actions are allowed) and Constrained Balance Sheet (reactive management actions are allowed, when previously discussed with the NSAs). A qualitative questionnaire is also to fill out.

For what concerns the capital position, companies are requested to report on Own Funds, SCR, impact of LTG (Long Term Guarantees) and TM (Transitional Measures), breakdowns of assets and liabilities and other indicators, by the means of templates like those used for the SII QRT reporting. The output required for the liquidity component is composed of two templates (flows and a stock), split by Line of Business and by other views. The questionnaire provides a more in-depth view on the approach used to carry out the calculations, examining the simplifications adopted, the justifications to the reactive management actions implemented in the Constrained BS and the disinvestment strategy assumed to address the liquidity scarcity.

An overview of the adverse scenario and the Capital and Liquidity Component calculation details are provided in the following.

The adverse scenario was devised by EIOPA in cooperation with the European Systemic Risk Board (ERSB), the independent body responsible for the macroprudential oversight of the European financial system. The scenario involves both economic and insurance specific stresses, assumed to be instantaneous and to be applied in an order representative of the narrative: the market shocks first, followed by all the consequent insurance shocks.

The COVID-19 economic slowdown is assumed to persist because of continued concerns over the evolution of the pandemic: the widespread unemployment compounded with a general loss of confidence result in a depressed aggregate demand. This turns into a loss of profitability in the private sector, with a large drop in Financial Assets values (e.g. -45% value for the EU stocks, -43% for other advanced economies and –50% across the emerging markets).

The indebtedness of the private sector leads to an increase in Corporate Credit Spreads and default rates, with some sector (such as travel and hospitality) being particularly hit; the scenario envisages a credit spread increase between 71 and 269 bps, depending on sectors and ratings.

This grim economic outlook causes a further drop of the global Interest Rates, seeing the Euro 1-year and 10-year Swap Rates declining by respectively 33 and 63 bps. Albeit lower rates offer some relief to indebted countries, the deterioration of public finances due to larger social expenditure and lower fiscal income results in an increase in EU Sovereign Credit Spreads (+28 bps at 10 year, on average).

These market scenarios are followed by a set of insurance specific stresses: the adverse macroeconomic conditions result in a sudden lapse rate of 20% of the in-force policies. Due to the loosening of the lockdowns, mortality rates are supposed to instantaneously increase by 10% with respect to the BE assumption, while non-life insurances (health, legal and other) experience an increase in severity (+2%) and frequency (+15%) of claims with respect to the BE assumption. The deterioration in reinsurers’ credit worthiness is reflected in a 5% haircut on reinsurance inflows. Finally, all new written premiums are reduced by 10% compared to the baseline scenario.

As already recalled, the baseline scenario is represented by the SII 20YE figures.

Following the publication of an ad-hoc methodological paper, EIOPA has introduced a simplified liquidity stress exercise based on the same scenarios used for the capital assessment.

The time horizon is 90 days, and the liquidity is valued using both flow and stock indicators. Indeed, the key metric is represented by the Sustainability Indicator, defined both in absolute and relative term:

In the baseline, Net Flows (t) are those actually incurred in Q121 (written premiums, claims, surrenders, reinsurance, and other outflows). In the stressed scenarios, all in and out cashflows incurred in Q121 should be modified under the effect of the adverse scenarios previously described. Due to the short horizon, no discounting is requested.

Encumbered assets are excluded, as they cannot be sold to raise money. The haircuts are the same for both the base and stressed scenario, where the shock in the liquid asset indicator is a direct consequence of the shock applied to the assets value.

In addition to the Sustainability Indicator, other ancillary metrics are to be computed, such as the ratios Liquid Assets on total Assets and Liquid Liabilities on Total Liabilities. The Liquidity of Liabilities, similarly to the Assets, is determined through the usage of weights (the less a liability is Liquid, the better): depending on the Line of Business, weights can vary from 0 for policies without surrender option, to 0.05 in presence of relevant surrender penalties, up to 0.75 for policies whose surrender value is larger or equal to their BEL.