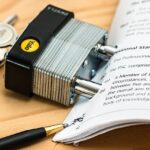 Last 20 July 2021, the General Secretary of IVASS presented to the Commission an updated on the data related to the dormant life assurance policies: the Italian regulator has already “awakened” 271,000 contracts (including those of foreign undertakings operating in Italy), amounting to 4.8 billion euros; other 72.8 million euros are being paid to the Dormant Accounts Fund. On top of that, during the last survey launched at the end of 2020, further 22.8 million of fiscal codes have been analysed, showing additional 332,655 deaths the undertakings were not aware of: the final outcomes of this survey will be ready just after the summer break.

Dormant life assurance policies are those not yet collected by the beneficiaries that lie dormant at insurance undertakings, until they become time barred. Their rights are barred after 10 years from the event (death or maturity), when the corresponding benefits are paid to the Dormant Accounts Fund. Dormant policies can be either contingent on death, if beneficiaries do not cash in the benefits because they may not be aware of the policy itself, or saving policies not collected upon maturity for any reason. The main causes are the shortcomings embedded in the procedures to check the deaths of insureds and identifying their beneficiaries and the widespread use of generic formulations to indicate the beneficiaries.

During the last years, IVASS put great energy to reduce this phenomenon and built up a dedicated section on its website, both providing hints to the consumers and collecting all the outcomes of the investigations and actions which have been carried out so far (https://www.ivass.it/consumatori/azioni-tutela/polizze-dormienti/index.html). Let us start with facts and figures, before examining the initiatives taken by the supervisor on the legislative side.

Everything started in 2017, when, after a first survey, the regulator found out that a huge number of policies amounting to roughly 4 billion euros were lying dormant at insurance undertakings: if on one side the companies had difficulties in ascertain the deaths of individuals without a national register, on the other they didn’t show any particular initiative to overcome the problem (for instance by crossing their data with those of the bank distribution channels). To make up for that, IVASS set up a collaboration with the Italian Internal Revenue Service, the Revenue Agency (Agenzia delle Entrate), creating the national largest database for deaths, waiting for the completion of the national registry of the residents (Anagrafe Nazionale della Popolazione Residente): the fiscal codes of the dormant policies were matched to the tax codes stored in the tax-payers database.

A first investigation was launched in January 2018, analysing the policies expired in the period 2011-2016 and a second wave, dated September 2019, extended the perimeter to calendar year 2017. A third survey covered policies issued by foreign undertakings operating in Italy in the same period. As a result of these three campaigns, about 271,000 contracts amounting to 4.8 billion euros were “awakened”. At the end of 2020 IVASS started a new survey, covering accident insurances too, whose results will be available after the summer break: 22.8 million of fiscal codes have been analysed, showing other 332,655 deaths the undertakings were not aware of.

To address the root of the problem, the Italian Regulator worked hard on the legislative point of view as well. Following a proposal from IVASS, a new law was issued in December 2018, compelling every insurance company operating in Italy with the obligation of checking if its insured were still alive at the end of each solar year. In case they were not, the undertaking should pay the beneficiary and inform the Regulator by the next 31st March.

IVASS has also issued some guidelines, requiring the undertakings to both improve their processes for ascertaining the deaths and identifying the beneficiaries and make available on their website a contact point in charge of responding to enquiries from possible beneficiaries on the existence of life dormant policies. Finally, with the regulation 41/2018, the Italian Supervisor ruled how to fill in a policy with respect to the designation of the beneficiary, making clear that a generic formulation results into a harder liquidation and providing the possibility of indicating a third party the undertaking can refer to when the insured event occurs. The contact details of both the beneficiary and the third party must be tracked in the home insurance. The insurance companies are also forced to inform the beneficiary about the policy being time barred and its consequences.