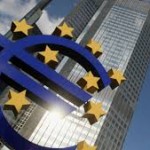 On the 9th November 2016 the European Commission proposed to defer the date of application of Regulation (EU) N. 1286/2014 (KIDs for PRIIPS) by 12 months (i.e. 31 December 2017) in order to reduce the legal uncertainty and give more time to PRIIPs’ manufacturer to prepare for the application of the new rules. This proposal is going to be examined and formalized by next 19th December 2016. The European Supervisory Authorities (ESAs: EIOPA, EBA, ESMA) are reviewing the Regulatory Technical Standards (RTS) in six weeks and are proposing a draft version to the European Commission, that will approve them by half year 2017.

The Regulation (EU) N. 1286/2014 of the European Parliament and of the Council (dated 26 November 2014 and concerning the Key Information Documents for Packaged Retail and Insurance-based Investment Products) introduced a series of measures aimed at enhancing investors’ protection and restoring consumers trust in the financial service industry after the financial crisis.

To be compliant to the Regulation, the product manufacturers and the distributors are required to create, maintain and distribute a large volume of Key Information Documents (KIDs) for retail customers. The disclosed information should enable the investors to better understand the economic nature and risk of a particular product and to allow for a comparison of different offers.

The Regulation (EU) N. 1286/2014 set the form and content of the KID, but all the technical features (standardized format, methodology underpinning the presentation of risk, calculation of costs, frequency to review the information) were specified by the ESAs in the Regulatory Technical Standards (RTS), submitted as a draft and then endorsed by the European Commission on the 30th June 2016, with the release of the Commission Delegated Regulation.

one main issue concerns the multi-option product (e.g. segregated fund + unit linked) where the regulation prescribes either to produce one single KID for the whole product with an annex describing all the options or to produce one KID for each option: the latter is generally too burdensome, while the risk of adopting the former is to be too generic in defining the risk, cost and performance of too different options are collapsed together

it’s a very important section of the KID, where the expected future performance of the PRIIP is shown at the maturities (1, half-holding period and holding period) at three different quantiles of its distribution: 25%, 50% and 75%. The quantiles correspond to an unfavourable, moderate and favourable state of the world. This way of expressing the performances has been claimed to be misleading by eight asset management groups as, they say, it does not warn the investors on the possibility of losing money

all costs the clients bear should be shown: both direct and indirect. The direct ones  include one-off costs (e.g. initial loadings), recurring costs (e.g. management fees) and exit costs (e.g. surrender penalties); the indirect ones include, for instance, the transaction costs incurred by the fund managers when investing the premiums. The estimation for the latter may be very complex, and it requires an exchange of information between insurance undertaking and investment funds. Total aggregate cost figures should be reported as a “Reduction in Yield” (RiY), where RiY is computed as a difference between the yield of the product with all costs (direct and indirect) set to zero, and the real (with cost) yield in a moderate scenario. This procedure allows to collapse very different structures of costs in a single value, but its computation can be non-trivial

the Summary Risk Indicator (SRI) summarizes in a single figure the riskiness of the PRIIP. It is made up of Market Risk Measure (MRM) and a Credit Risk Measure (CRM). The latter is quantified via the External Credit Assessment Institutions (ECAI) – e.g. Moody’s, Fitch, S&P. The rating is converted into a Credit Quality Step (CQS) that may be adjusted under some circumstances (e.g. long recommended holding period). It seems that the rating agencies tend to assign to the insurance companies the same credit risk of the country they belong to, penalizing the Spanish and Italian one that actually may be well capitalized under Solvency II.

In addition to that, the European Parliament, the Insurance category associations and a large majority of Member States asked the Commission to defer the date of application of the Regulation. Although the Regulation (EU) N. 1286/2014 would be directly applicable as of 31 December 2016, on the 9th November 2016 the Commission proposed to delay its entry in force of 12 months to ensure legal certainty for the industry and to allow the competent authorities to get ready for the new rules.

In the meantime, the Regulation (EU) N. 1904/2016 of the European Parliament and of the Council (dated 14 July 2016 and concerning the product intervention, supplementing Regulation (EU) No 1286/2014) was published on the 29th of October 2016, aiming at facilitating a comprehensive view for EIOPA and competent authorities that exercise the product intervention power on the criteria and factors that should be take into account when determining the existence of a significant investor protection concern or a threat to the stability of the financial system of the Union (EIOPA) or one Member State (competent authorities). This regulation should have entry in force on the 31 December 2016. Among the factors and criteria pointed out by the Regulation there are: the degree of complexity of the product and transparency (type of underlying assets, transparency of costs, charges and performance calculation, insufficient or unreliable information, use of techniques to draw the investor’s attention without reflecting the product suitability, use of misleading terminology or names for the product that imply a greater level of security or returns), the size of potential detriment (number of clients and intermediaries involved, growth of the market or sales, value of the TP), the type of investors (skills, level of education, economic situation, financial objectives) and the degree of innovation of the products.