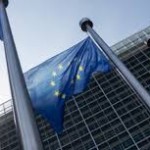 With the realization of the European Banking Union (EBU) in 2014, an important step towards a unique financial market and an effective monetary policy at the European level was taken. The EBU, composed of a single supervisory–regulatory framework, resolution mechanism and safety net on deposits, is the logical conclusion of the idea that integrated banking systems require integrated prudential oversight (Goyal et al., 2013). A more integrated European banking system is not necessarily synonymous with a more stable one. Some problems could arise from the coordination process between euro area countries and non-euro area European Union (EU) countries, with an even more accentuated effect after the decision of the UK to leave the EU single market (the so-called Brexit).

In a recent working paper (Milani, 2016), I explore whether foreign banks have advantages/disadvantages in the underwriting procedures using data from the European Banking Authority (EBA). The data set consists of 51 holding banks operating in Europe (37 from euro area countries) and allows to distinguish how bank credit portfolios were allocated among European countries and business counterparties in 2015.

Considering the overall credit portfolio, I find that foreign banks appear to be more efficient in the selection of borrowers. To explore the potential effect of bank counterparties, I consider two different customer segments: i) corporate, which includes loans to firms with a total amount larger than €1 million; and ii) retail, which includes loans up to €1 million to small and medium firms (turnover or balance sheet up to €50 million) and to households (mortgages and other loans).

Owing to the heterogeneous characteristics among the considered countries, I also test whether a different result is obtained by dividing countries into more homogeneous groups. More specifically, I consider two clusters: i) the European countries with a higher GDP per capita and better financial position, specifically Austria, Belgium, Finland, France, Germany, Luxembourg and the Netherlands, in the euro area, and Denmark, Norway, Sweden and the United Kingdom (core country group); ii) the remaining group, consisting of Italy, Spain and Ireland, among the euro area countries, and Hungary and Poland (peripheral country group).

I find that foreign banks appear to have a better capacity to select quality borrowers (graph 1). This effect is mainly driven by credit to corporations and is stronger in European countries with economic and financial gaps. This evidence signals that foreign banks are better able to select less opaque borrowers, as in the case of corporations, while for less transparent customers, as in the case of retail, they have a lower ability to select high-quality borrowers.

However, from these outcomes is not possible to answer to the question: Are foreign banks better at measuring and managing risks? In fact, two opposite hypotheses could explain my results (Goldberg et al., 2000):

Foreign banks improve the quality, pricing and availability of financial services (Levine, 1996). They are able to export their greater ability to measure and manage risk effectively, thanks to more advanced technology and economies of scale in risk diversification. They are also able to export better practices in supervision, regulation and transparency rules. Finally, they are less susceptible to political pressures and less inclined to lend to connected parties. 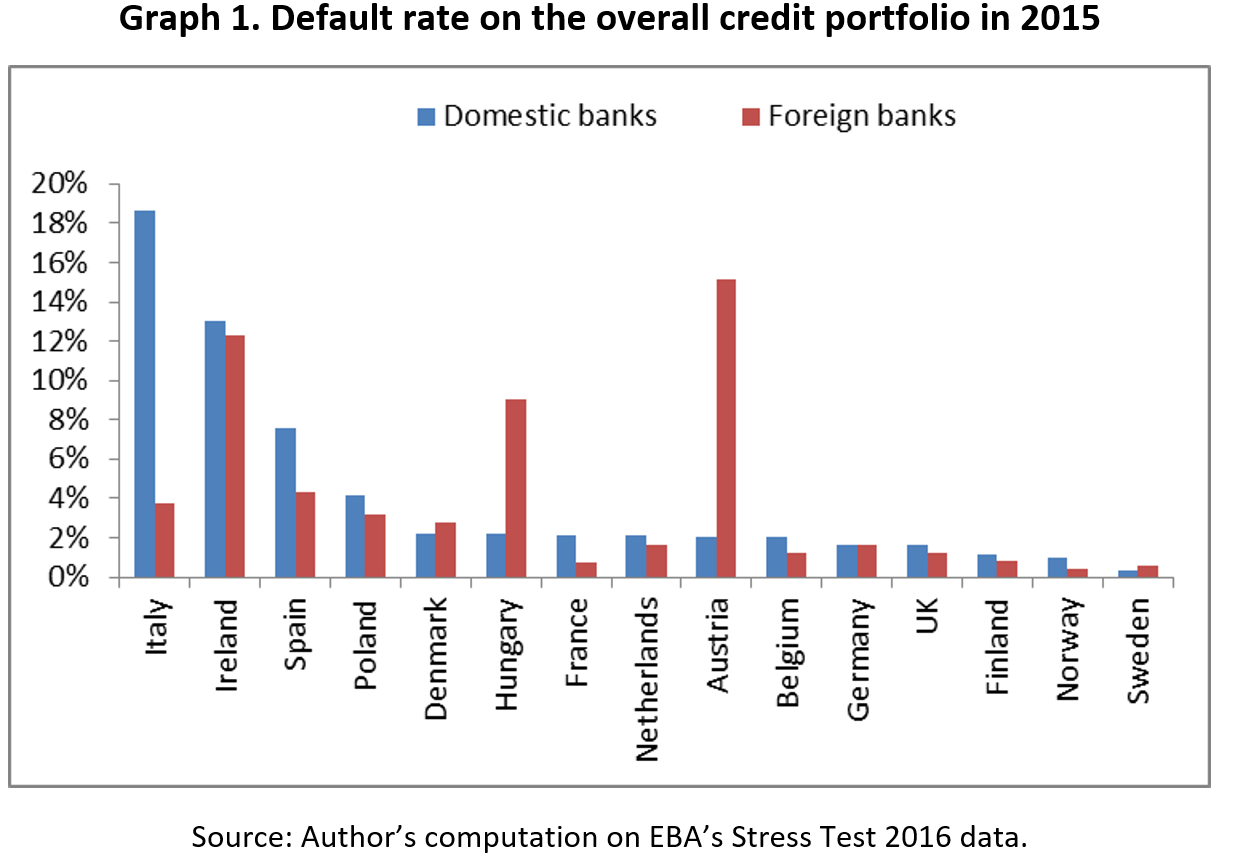 To distinguish among these two hypotheses, I consider several possible mechanisms that may be responsible for the lower average default rates when foreign banks are involved: i) technology availability; ii) connected-party bias; iii) bank corporate governance; iv) bank regulation; v) the degree of competition in banking markets; vi) legal and institutional characteristics; and vii) state aid granted after the 2007‒2008 financial crisis.

Foreign banks that apply transactional lending technologies appear to be in a better position to select quality borrowers. In line with this evidence, I find that a greater physical and cultural distance helps in the underwriting procedures, a signal that related/connected-party transactions play a large part in explaining the lower quality in European countries, mainly in the peripheral countries. Moreover, foreign banks show a better ability to measure and manage risk thanks to higher manager performance.

Foreign banks also seem to be able to export better practices in supervision, regulation and transparency rules. Legal and institutional characteristics could, however, limit the ability of foreign banks to select quality borrowers when the gap between the host and the home country is large. Furthermore, the distorted incentive produced by state aid granted after the 2007–2008 financial crisis, with its consequence for moral hazard behaviour, could have a negative impact on foreign banks’ risk management activity. I also find evidence, albeit not robust, that the entrance of foreign banks into market in which there is not perfect competition increases competition and allows an improvement in the borrower selection.

All this evidence appears to be in favour of the risk management superiority hypothesis and against the cream-skimming lending strategy hypothesis. These results have important policy implications. First of all, a more integrated European banking market is able to increase financial stability, also overcoming the problem of coordination between the euro area countries and the non-euro area European Union. Thus, the European Banking Union should reduce the bank fragility in Europe. Moreover, the Banking Union encourages further cross-border banking integration, from countries that do not share the euro or that are outside the EU as well, as in the case of Norway (Asmussen, 2013; Mersch, 2013). Thus, greater integration of UK banks should also be guaranteed after leaving the EU. However, this paper shows that European countries have to reach a higher level of institutional maturity to exploit the advantages of banking integration (Bruno and Hauswald, 2014).