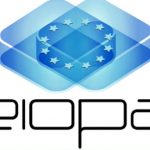 The RDB is published on a quarterly basis, showing the level of risk for 8 (=7+1) risk categories. The latest outcome is reported in the table below, compared to the previous one (October 2019):

The economic environment remains fragile because of both the prolonged low interest rates, which challenge the insurance sector, and the continuous decrease of the GDP growth. The 10-year swap rate remains at its minimum level, despite the little increase (from 0.32% to 0.62%) gained thanks to the recent easing of monetary policy by major central banks. The GDP growth has been revised downwards, especially for the BRICS and the European economy (the indicator is a weighted average over Euro Area, UK, Switzerland, US and BRICS). The expectation on inflationary pressures remains stable at 1.5%, because of downward revisions to forecasted inflation in the EU, UK and Switzerland counterbalanced by upward revisions for the BRICS. The unemployment rate remains at historical low levels (5.6%).

This category measures the vulnerability to the credit risk by looking at the relevant credit asset classes exposures combined with the associated metrics (e.g. government securities and credit spread on sovereigns). Since the previous assessment, CDS spreads slightly declined across all bond segments, except for government bonds. The average credit quality step of investments remains the same (1.83; +0.00), still corresponding to an S&P rating between AA and A.

This vulnerability of the insurance sector to adverse developments is assessed based on the investment exposures, while the current level of riskiness is evaluated based on the volatility of the yields together with the difference between the investment returns and the guaranteed interest rates. The market risks is still at high level, but shows a decreasing trend due to a lower expected volatility for the market bonds, largest asset class (60% of exposure), opposed to an increased volatility of the equity (6%) and property (3%) market. CDS spreads declined slightly across most bond segments, except sovereign bonds, with credit risks remaining at medium level.

The vulnerability to liquidity shocked is monitored measuring the lapse rate, the holding in cash and the issuance of catastrophe bonds (low volumes or high spreads correspond to a reduction in the demand which could forma a risk). The median liquid assets ratio has increased from 65% to 66%, 66%, but the lower tail of the distribution has slightly declined. The average ratio of coupons to maturity has decreased, as well as the issued bond volumes (5.8bln euro, -0.5bln). Lapse rates in life business are broadly stable, showing a median lapse rate around 2.6%.

The solvency level is measured via Solvency Ratio (SR) and quality of Own Funds (OF), while the profitability via return on investments and combined ratio for the life and non-life sectors. SR for both groups and non-life undertakings have declined across the whole distribution, due to the prolonged period of low interest rates together with a lower expected profit in future premiums, showing a further decline for life undertakings (160%, -5%).

Interlinkages are assessed between primary insurers and reinsurers, insurance and banking sector and among the derivative holdings. The exposure towards domestic sovereign debt is considered as well. The risks shows an increasing trend due to higher SII of interest rate swaps (the largest derivative exposure), potentially driven by ALM strategies put in place as a response to the low interest rates. in the share of

The median share of premiums ceded to reinsurers remains stable at 5.6%, as well as the median exposure to domestic sovereign debt (12.5%). Insurance groups’ investments in banks (12.4%), insurers (1.4%) have remained broadly unchanged, while investments in other financial institutions have declined (20.1%, -0.8%).

Indicators for insurance risks are gross written premia, claims and losses due to natural catastrophes. Year-on-year premium growth for both life and non-life business is positive and shows an increasing trend. The catastrophe loss ratio has increased (7.9%, +2.9%) because of Typhoon Faxai and Hurricane Dorian, happened in September, and is expected to increase again in the last quarter due to the costliest natural disaster of the year, Typhoon Hagibis, which hit Japan in mid-October. Insurance loss ratios have remained broadly unchanged, with the median value placed at 63% and the distribution slightly moving upward. Median premium growth has increased (from 3% to 6.8%) in life business and is stable (median at 4.3%) in non-life business.