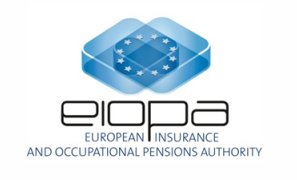 The RDB is published on a quarterly basis, showing the level of risk for 8 (=7+1) risk categories. The latest outcome is reported in the table below, compared to the previous one (July 2020):

This is an overarching category affecting the whole economy, which considers economic growth, monetary policies, consumer price indices and fiscal balances. The ongoing pandemic of COVID-19 is affecting the macroeconomic outlook, which remains at a very high level of risk. The occurrence of a second wave of the pandemic in the EU is expected to take a toll on the economic growth forecast for 20Q4, which remains negative at -4.3% (cross-country weighted average). The EU GDP is expected to recover in 21Q2, even if with less growth than the global average.

The consumer price index inflation remains well under the ECB target; an upward movement in 20Q3 is expected to be offset by a downward correction in 20Q4. Overall, the forecast for the average inflation on the next four quarters stands at 0.48%. The 10-year swap rates decline further, with all currencies experiencing a flattening on the long end. The indicator considered by EIOPA, defined as a weighted average of rates for EUR, GBP, CHF and USD sets a new low record of -0.06%. The pandemic forced governments to introduce fiscal measures to support the economy; this is expected to worsen the fiscal balance across all countries and particularly for UK and US. The central banks’ balance sheet expanded significantly (+43% w.r.t previous quarter) due to their accommodative monetary policies. After rising significantly last April 2020, the unemployment rate stabilized at the end of the second quarter.

This category measures the vulnerability to the credit risk by looking at the relevant credit asset classes exposures combined with the associated metrics (e.g. government securities and credit spreads on sovereigns).

After skyrocketing in March 2020, the CDS spreads decreased significantly in June and this trend has continued in September, albeit with less vigour; the CDS spread level is still above the pre-pandemic situation. The average credit quality step of investments remains stable (1.83; +0.08), still corresponding to an S&P rating between A and AA.

This vulnerability of the insurance sector to adverse developments is evaluated based on the investment exposures, while the current level of riskiness is evaluated based on the volatility of the yields together with the difference between the investment returns and the guaranteed interest rates. The financial markets has stabilized after the high level of volatility of March, and hence the market risk has decreased to a medium level, even though the economic outlook remains uncertain. The volatility of bonds, the largest asset class (61% of exposure), continues decreasing, reaching levels below the pre-pandemic situation; the equity market (5.3%) volatility has declined too, even though it has not yet reached the pre-pandemic levels. The volatility in property investments (3% exposure) remains stable.

The vulnerability to liquidity shock is monitored measuring the lapse rate, the holding in cash and the issuance of catastrophe bonds (low volumes or high spreads correspond to a reduction in the demand which could form a risk). The median liquid assets ratio is stable at 66.7%; the issued bond volumes has increased sharply (9bln euro, +5bln), and the average ratio of coupons to maturity has increased as well. Lapse rates in life business are based on annual data, and hence do not yet incorporate the effects of the pandemic; the 19Q4 value shows an increase in the median lapse rate to 3%; a further increase is expected due to the impact of the outbreak of COVID-19.

The solvency level is measured via SCR and quality of OF, while the profitability via return on investments and combined ratio for the life and non-life sectors. Solvency positions improved slightly in 20Q2, while remaining below 19Q4 levels. In particular, SCR ratios for groups increased, while for non-life undertakings it remained almost unchanged; for life companies, the median of SCR ratio declined by 6.6 p.p. to 222%; it is also worth noticing that the distribution has widened, showing a more heterogeneous situation with respect to the pre-pandemic state. Profitability indicators show a deterioration in the first half of 2020.

Interlinkages are assessed between primary insurers and reinsurers, insurance and banking sector and among the derivative holdings. The exposure towards domestic sovereign debt is considered as well. The risk remains at medium level: the median of premiums ceded to reinsurers has slightly increased, while investments in banks, insurances and other financial institutions remain almost unchanged, as did the investments in domestic sovereign debt.

Indicators for insurance risks are gross written premia, claims and losses due to natural catastrophes. The life premium growth rate has plunged to negative values due to the severe impact of the pandemic. Non-life premium growth has reported a slight decrease as well, despite remaining positive. The median exposure of the loss ratio decreases by 1.6 p.p. to 62.6%, likely due to a reduced number of claims incurred during the lockdowns imposed by several EU countries. The catastrophe loss ratio (10.7%) remains at the same level of the previous quarter.

The market perception’s risk settles at medium level, with a decreasing trend. The quantities assessed are relative stock market performances (insurance stocks has outperformed the Stoxx 600 both in life and non-life segments), price to earnings ratio (increased from the previous assessment: median 11.4%), CDS spreads (median value stable 51%) and external rating outlooks (where negative changes in rating has exceeded the number of positive changes).