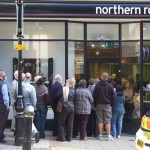 Executive Summary: With the recent BCBS paper no.325 a new consultative session started, concerning a deep review to the CVA capital charge, that was introduced with the CRR (Basel 3) regulation. This revision aims to improve the CVA calculation with respect to the forthcoming fundamental review of trading book (FRTB), and to have a more risk sensitive approach for the standard approach. Nevertheless, in this first formulation some points are not well clarified or solved. In the paper a short review with some highlights about the new framework. Due to the technical complexity, some other points will be described in a second part of the paper.

1 The CVA Capital Charge. The Origin

In the Basel II regulation most of the effort was devoted to set the internal model for the credit risk and (IRB) and to define the new capital charge for the Operational Risk.

Despite the relevant improvement to the old Basel I regulation , the regulation was still weak for two main reasons

For this reason the Basel 2.5 and Basel 3 regulations attempted to solve the above issues by introducing the new IRC (Incremental Risk Charge) and CVA (Credit Value Adjustment) building blocks. See [2], [3], [4] and [5].

The IRC, mainly for the bond positions, implies a capital charge for the downgrade and default risk. The CVA requires a capital requirement for the positions in OTC derivatives due to counterparty downgrade. In this way the huge unrealized (and unexpected losses) of the derivatives positions must be covered by the capital. After the 2008 crisis many banks were closed to default because the own funds were not enough to face this kind of losses. Let us recall that the fair value principle of the accounting standards obliges to include in the book evaluation also the counterparty credit quality.

Finally, by these innovations, bonds and OTC derivatives are subject to the same building blocks:

In July 2015 the Basel Committee issued the consultative paper 325, see [1], concerning the revision of the credit value adjustment.

The main purposes can be summarized as follows:

A 3-levels hierarchy of possible approaches was stated in this draft version of the paper, namely:

The last approach is eligible for the banks that are not able to match the FRTB requirements or have not enough resources to implement such a project.

We contributed to the first consultative session, see [6]. In this section we highlight a first set of issues that in our opinion are not solved in a satisfactory way. Further point will be dealt with in a second part of the paper.

We appreciate the effort of the Committee to differentiate the approach for the CVA capital charge, in order to take in to account a proportionality approach, section 2 of the Consultative paper. Here for proportionality we mean both the complexity/size of banks OTC book and their internal capabilities.

Nevertheless, we do not understand completely the rationales for the suggested hierarchy, mainly referred to the Basic Approach. In fact:

To summarize, for the above specific reasons and for a coherency principle, we find that the Committee should wonder about the taxonomy, in particular on the effective needing of a basic approach.

The consultative paper definition of the CVA tries to fill the existing gap between the regulatory and accounting CVA. This will lead to a greater consistency of the risk assessment determined by the Basel rules and the accounting measuring of the CVA metric.

One of the differences that will remain, even with the new framework proposed in the paper, is the treatment of the DVA (see par. 1 and 13), which is excluded in agreement with  all the most recent Basel regulation, and which is on the contrary recognised by the new accounting principles, namely IFRS 13. We recall that the DVA, debt value adjustment, allows to the banks to apply an adjustment (to decrease the fair value) to the debt positions (i.e. OTC derivatives in sell side of the portfolio) due to the credit quality their own credit quality.

We believe that the current regulation is following the right route in excluding from the CVA the DVA, i.e. in considering only the unilateral CVA: we think this is right not only under a prudential point of view, but also under a sound financial perspective. Actually, it has been proved in some research papers (see for example Castagna [7], [8]) that the DVA can be replicated under very strict conditions hard (although not impossible in principle) to implement in practice. But even conceding the actual possibility to replicate the DVA, it can be shown that its accounting at a counterparty netting-set level largely over-estimate the limited liability protection that shareholders have.

Hence, the choice to exclude the DVA is reasonable but it is not just prudent, contrasting the accounting principles laid down in the IFRS 9. These principles rely on the false premise that a derivative contract has an “objective” value that is independent from which of the two counterparties it is evaluated, even if this objective value contains elements that belong to both counterparties, namely the adjustments for the credit risks of both of them. This premise paves the way to an exact symmetrical evaluation of the two parties that is quite nice under an accounting point of view, since it makes the evaluation principles in theory perfectly complying with general accounting principle of the “fair and true view”, but it can be hardly justified as far as the other general principle of “prudence”.

We think that both the regulatory and accounting prescriptions can be fulfilled if banks allocate a provision equal to the DVA any time a variation of the DVA is added to valuation of the derivative portfolio. In this case, all the gains coming from the DVA’s increase would be neutralized, since they would be offset by a parallel increase of the provision, and the other hand when the DVA collapses to zero as the trade expires, the loss would be compensated by a reduction of the reserve. In the end, the DVA would be fairly represented in the valuation of the derivative portfolio, yet it would not add to the bank P&L and it would be recognized simply as a cost at inception and gradually split on the years of the portfolio’s duration. The allocation of the provision does not require any change in the accounting principles, because it adheres in any case to the overarching “prudence” principle.

Banks would be incentivized not to start any hedging activity of the DVA, since the allocation of the provision would create P&L volatility if the bank tried to start a hedge. The possible complaints that the regulation does not match the accounting principles would thus be addressed.

[4]  Basel Committee on Banking Supervision (2009), “Guidelines for computing capital for incremental risk in the trading book”, available at http://www.bis.org/publ/bcbs159.htm

[6] Bonollo M. And Castagna A. (2015), “Comments to the Consultative paper Review of the Credit Valuation Adjustment Framework “, available at http://www.bis.org/bcbs/publ/comments/d325/iason.pdf

[7] Castagna A. (2012) “On the dynamic replication of the DVA: Do banks hedge their debit value adjustment or their destroying value adjustment?” Iason research paper.
Available at http://iasonltd.com/resources.php