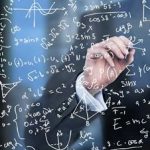 European banks are still experiencing a difficult situation, also dictated by the political-economic tone we are experiencing recently, the CER has focused on the problem in its Banking Report N.1 2018, based on 2014-2016 data, however in this article the analysis compared to the report it was also extended to 2017.

Analyzing a sample proposed by Mediobanca, consisting of about 20 larger European banks, we can see which are the business models that characterize the banks of the old continent and the composition of their assets in the portfolio. The analysis was carried out over the 2014-2017 four-year period. The total average assets of the sample amounted to 1,070 billion euros in 2017. The largest banking group is HSBC, with total assets of 2,192 billion euros. Overall, the 21 banking institutions hold assets of 1,900 trillion euros. The average ROE in the four-year period considered was 4.2%.

The German banks (25%), Nordea (24%) and Barclays (22%) are the ones that show the highest values ​​(chart 1). The heaviest incidences are observed for Unicredit, Groupe BPCE and ING Group. The two Italian groups considered in the number, namely Unicredit and Intesa-San Paolo, have taken an incidence of 6% and 7%.

Even more interesting and third level. These financial instruments are illiquid and opaque, having complex structures and prices that are difficult to recognize. These parameters are not compatible with the standards. To take account of these valuation uncertainties, the accounting rules impose greater provisions and deductions from capital (additional valuation adjustments, AVA) for these instruments. However, adjustments are not calculated at the individual instrument level. Furthermore, the L3 instruments are more disadvantaged than the L2 ones, it is an incentive to hold this second form of activity.

Deutsche Bank is the bank with the greatest presence of L2 and L3 in its portfolio: in 2014, around 51% of total assets, to then decrease in 2017 to 44%, a level that is still on the increase compared to the previous year (chart2). Barclays and RBS follow. Italian banks are not particularly inclined to invest in L2 and L3 instruments. Both Unicredit and Intesa-San Paolo hold a percentage of the total assets among the lowest in the sample.

From the Mediobanca data relating to 2016 it appears that the L3 instruments consist almost 30% of derivative securities, 24.5% of equity securities and mutual funds, 20% of debt securities, 13.7% of loans and 12 .1% from other assets.

Ultimately, analyzing the incidence of riskier assets shows a particularly heterogeneous situation. German and French banks have invested heavily in L2 and L3 instruments. Another group of banks, including the Italian ones, seems to suffer due to non-performing loans. Anglo-Saxon banks, on the other hand, operate in a framework in which both impaired loans and more complex financial assets are present in their financial statements. Finally, the remaining part of the institutions appears to have particularly prudent asset management, as evidenced by the low incidence of riskier assets.

The economic and financial debate today is very focused on the possible systemic impacts, in this regard the Mediobanca database has been integrated with the information provided by the New York University Ster Volatility Lab. Specifically, the SRISK has been considered, indicator expresses the quantity of systemic risk connected with each listed company. The percentage share of SRISK with respect to the total of the sample was therefore calculated for each bank.

From the data of the NYU Stern Volatility Lab emerges as the banks with the greatest systemic impact, in 2017, are Bnp Paribas, with a share of systemic risk of 14%, and Deutsche Bank (13% chart.4).

This is followed by Barclays, Crédit Agricole and Société Generale. Unicredit and Intesa San Paolo account for 3.9% and 3% of the largest banks respectively.

Overall, the systemic risk of European banks attributable to French banks is 39%, 19% for the British, 16% for the German, 8% for the Spanish 7% for the Italian, 5% for the Swiss.

The same percentage share of the total of the sample was calculated for the most risk activities that characterize the business model based on credit and finance, or NPL, on the one hand, and L2 and L3 instruments, on the other. By relating this information to that relating to systemic risk, for the period 2014-2017, there are important indications (chart 5).

The relationship between the share of the L2 and L3 instruments and that of systemic risk is strictly positive, which confirms that the impact of an eventual collapse of an institution, caused by problems deriving from excessive financial risks assumed, can have a serious impact on the whole market, jeopardizing its stability.

On the other hand, the relationship between the share of NPLs and that of systemic risk is slightly negative, highlighting that credit risk has no significant impact on global financial stability.

The undervaluation of market risk could have significant effects on the financial system. In fact, there does not appear to be a relationship between the SRISK share and the CET 1 ratio, a sign that the greater systemic risk does not push bank managers to hold more capital for the purposes of complying with the Basel requirements (chart 6). The fact that systemic risk is not adequately computed among the risks managed by European banks can be observed by looking at the relationship with the ratio between CET1 and total assets (an improper leverage ratio). In this case the relationship is even negative: those with more systemic risk have a lower proportion of good quality capital than the total assets. This implies that if the financial markets slow down significantly, the banks most exposed to the L2 and L3 instruments would quickly exhaust their capital endowment.

However, the regulatory authorities do not seem to worry about this, taking advantage of the concept “too big to fail”

At 2017, for Commerzbank the percentage of derivatives on total assets stood at 20%, while for Unicredit the share was much lower (6%). For second and third level activities (highly opaque and with a very high degree of risk), the percentage of total assets at 2017 was 16% for Commerzbank and 8% for Unicredit. The dynamics is completely reversed, while if we consider the NPLs, on the total loans the Unicredit share at 2017 was 4% (down compared to 2014 8%), for the German group instead, the value barely touched the 1%.

Can be seen from the previous analysis, the 2 and 3 level activities have a very different systemic impact, compared to the NPL

The regulatory authorities should have a very strong role in the hypothetical merger between these two groups, and in particular to understand if the merger will have positive returns or if instead we only risk creating a “systemic giant”.

The following analysis shows how the potential stresses facing the banks should not be underestimated, in fact in this regard the EBA introduced the benchmark models for the 2018 stress test to verify the consistency of the results obtained by the institutes from their assessments internal. The EBA has not gone as the Federal Reserve to establish homogeneous parameters for all banks, but uses these models only to highlight anomalies. However, the benchmark models will be used to estimate credit risk, thus leaving open the possibility of manipulating market risk.