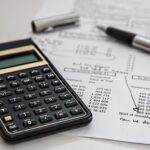 Contract boundaries determine the premiums and obligations that belong to the contract, considering rights and risks for the undertakings. While carrying out the revision process of SII during 2020, EIOPA realized that insurers and supervisors are adopting several divergent practices regarding their concept, the unbundling, and the discernible effect. EIOPA aims at fixing this lack of convergence by introducing new guidelines and by amending the existing ones, that lack of clarity.

For this reason, last 11 June 2021 EIOPA published a consultation paper on the revision of the guidelines on contract boundaries, together with an information request to assess the ensuing quantitative impacts. Although EIOPA has already conducted an initial analysis of costs and benefits, it believes that additional data is needed to properly measure the impact of the proposals. Comments under the form of a survey shall be answered by next 12th of November 2021. The contributions received and a Final Report will be made available at the end of the public consultation period; EIOPA will then submit the Guidelines for adoption by its Board of Supervisors.

These are the Guidelines suggested

contract boundaries should not be considered as a single point in time, but rather as a boundary between premiums and obligations that do or do not belong to the contract. In most of the cases, they belong to the contract, as they reflect the right to keep the premium and the obligation to cover the risk for the undertaking, while just under very specific circumstances they do not, as for instance in contracts that can be cancelled by either party during a limited period.

undertakings should assess whether it is possible to unbundle a contract at recognition date and check if it that is still the case at each following valuation date. When a contract is considered “insurance”, all the unbundled parts are “insurance” too. A contract can be unbundled if and only if two (or more) parts of it are equivalent in terms of risk to two (or more) contracts that could be sold separately. The unbundling is not possible in case of material (inter)dependency, but it must be applied otherwise. It follows that a UL contract with a death benefit guarantee that covers the maximum between a fixed amount (sum insured) and the value of the fund cannot be unbundled, as the mortality risk depends on the UL fund, while a contract with two parts (general account and UL), where the policyholder chooses the percentage of premium allocated to each part, shall be unbundled, as it shows a dependency at the level of premium only, without any discernible difference in terms of insurance or financial risk.

The revised guidance (unbundling when the parts of the contract could be sold separately) is simpler to implement compared to the existing one, requiring the unbundling in fewer cases. It is also closer to IFRS17, which considers contracts as units, not requiring the unbundling of insurance obligations. Contracts unbundled / not unbundled under this approach that were previously not unbundled / unbundled should lead to a decrease/ increase in the OF (Own Funds) of the undertakings. The application of the revised guidance is not expected to have a material impact, being consistent with the approach currently followed in most of the jurisdictions.

Whereases, the correct application of the existing guidance (unbundling when the cash flows of the contract can be allocated to each part of the contract) could have a material impact on the market, leading to unbundle several products that are currently not unbundled. It would also lead in some cases to the unbundling of cash flows that shall not be unbundled, as they cannot exist separately. An example is given by contracts where both parts always lapse at the same time: different contract boundaries for each part would turn into different durations for the projections. Besides, it could make the allocation of expenses to each part of the contract harder than it should be. By using the data provided in the QRTs, EIOPA has already derived a rough estimate of a maximum impact in terms of OF (Own Funds): unbundling a UL product is expected to shorter its duration and reduce its profit; the impact has been guessed by looking at the ratios EPIFP / TP of jurisdiction with shorter contract boundaries. The reduction in OF is expected to vary from less than 5% (in most of the Member States) up to 20%.

a financial guarantee / coverage has a discernible effect on the economics of a contract only when linked to the payment of future premiums, providing the policyholder with a discernible financial advantage. The assessment, that can be either qualitative or quantitative (still the supervisory authorities may require the quantitative one), should compare the present value of the expected cash flows of the contract with and without the financial guarantee / coverage and should appraise when the difference is discernible. The analysis should be made at product level when contract specific features, such as the age of the policyholder, play a role. A stochastic valuation is necessary to properly consider the time value of the option: 0.5% over the value of all future obligations is not considered to be discernible, while 2.0% is. For what concerns the qualitive assessment, consideration on the moneyness of the financial guarantee can be made, such as comparisons between the sum insured for the cover can and the principal of the contract or the price of the cover and the annual investment management fees charged to the policyholder.

contract boundaries are expected to remain constant, however, changes in the contract terms or the relevant external environment that may affect contract boundaries should trigger a reassessment. Obviously, to ensure coherency in the evaluation, contract boundaries should remain constant through all the scenarios of the stochastic valuation, as well as in the stressed scenarios adopted for the SCR calculation. In case they needed to be reviewed, the undertaking should report the material change to the supervisory authority and include it in the annual report, with a detailed description of the reassessment and its impact on the solvency position. Two give two examples: a financial guarantee that affects all the premiums of the contract as a whole (e.g. terminal bonus) shall not be reassessed, while a financial guarantee that is independent for each premium (e.g. a guaranteed annual interest rate where the guarantee starts with each premium paid) shall be.