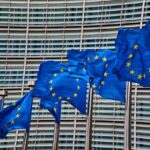 “This is more than a recovery plan. It is a once in a lifetime chance to emerge stronger from the pandemic, transform our economies, create opportunities and jobs for the Europe where we want to live. We have everything to make this happen”.

This is how Ursula von del Leyen, European Commission President, commented the political agreement at the July 2020 European Council that agreed on the guidelines around the NextGenerationEU (NGEU), the temporary €806.9m instrument designed to boost the recovery.

The structure of the NGEU

The NGEU is made of a number of different programmes, but its high level structure can be summarised as in the graph below:

The centrepiece of NGEU is the Recovery and Resilience Facility (RRF), an instrument for providing €723.8 billion to Member States to support reforms and investments to address the green and digital transitions with the aim of creating jobs and growth.

Part of the funds, €338.0bn, will be provided in form of grants. The remainder, €385.8bn, will be used to provide loans from the EU to individual Member States on favourable conditions, which will be repaid by those Member States.

The remaining components to the NGEU are totalling €83.1bn of grants and they include other centralised programmes like:

To finance the NGEU, the European Commission will borrow funds on the capital markets for up to around €800 billion between June 2021 and end-2026 for an average of roughly €150bn of new funding per year.

Such a significant amount of borrowing will make the European Union the biggest super-national debt issuer and as such it will require a step up of the debt management to a level comparable to the ones of big countries. For this reason, a diversified funding strategy has been defined which will make use of both long term EU-bonds (maturity greater than 3 years) and short term EU-bills (maturity below 1 year) issued either through syndication (i.e. the Commission works directly with a group of underwriters) or open market auctions.

The precise targets of such a diversified funding strategy will be defined through an annual borrowing decision and more detailed semi-annual funding plans.

On the 4th of June 2021 the Commission published the first funding plan for the NGEU. The main points of the plan are the following:

The level of yields offered justifies the public interest into these issuances: they in fact offer a material spread over the Bund yield for a AAA counterparty like the European Commission is.

Requests have been received mostly from UK and Europe and from banks and fund managers, as we show in the pie charts below that look at the notional issued weighted average information for the four transactions above.

Distributing the financial support to the Member States

The RRF funding are distributed according to a very precise process which can be divided in two macro stages:

As of the end of August, we can notice a quite scattered and diversified status among different Member States:

Some details are still not publicly available, like whether the prepayment of the loan part has been disbursed as an actual loan and what the characteristics of such an eventual loan would be.

When we analysed the SURE program in a previous article we calculated the amounts saved by each Member State comparing the yields of the back-to-back loans with the level of public debt available on the secondary market for the same maturity.

An exact comparison is much more difficult because the information on the Commission to Member States loans are still not public and because the grants component doesn’t allow to have an equivalent funding strategy to compare with. To calculate an estimate of the financial impact from receiving the 1st tranche we will hence assume that:

Based on these two assumptions we calculated an “equivalent coupon” at which each country would finance on the market. The results of the analysis are in the following table:

A few comments on the results:

From this analysis it looks like the NGEU is starting to deliver on the many promises were made in 2020: it is in fact proving to be a pragmatic way for the European Commission to force Member States to budget for long needed reforms and investments while financially supporting them, especially those paying the highest level of interest on sovereign debt not penalising the core ones at the same time.