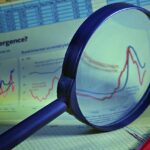 CONSOB has published the Report “Trends and risks of the Italian financial system in a comparative perspective” (https://www.consob.it/web/consob-and-its-activities/report-trends-risks). The report analyses the macroeconomic outlook in the context of the crisis triggered by the pandemic, trends recorded in financial markets in the first half of 2021, and the main vulnerabilities in corporate and banking sectors subsequent to the health emergency. It also included a focus on the development of sustainable finance and a focus on crypto assets.

After a very difficult year, recovery is expected to be robust in 2021 conditional on the completion of the vaccination campaigns.

During the first half of 2021, in developed countries the progresses in Covid-19 vaccination campaigns, the loosening of anti-pandemic restrictions, and the policies measures adopted to counter the crisis helped restore confidence in the improvement of economic situation. In spite of the spread of the Delta variant, which has fuelled renewed uncertainty, economic activity is expected to recover over the year, albeit to different degrees across areas and countries. In the Eurozone, whose growth is estimated to be lower than global growth (4.3% in 2021 with respect to 5.8% at global level), Italian GDP is expected to return to its pre-crisis levels only in 2022, after Germany and France (with an expected GDP growth equal in 2021 to 4.5%, 3.3% and 5.8% respectively). The pandemic triggered risk factors that add to pre-existing vulnerabilities. In particular, domestic fiscal policies to support the economic activity led to a significant deterioration in public finances. In addition, both household and corporate debt rose. In Italy, the ratio of public debt to GDP is expected to reach a level significantly higher compared to the Eurozone average at the end of 2021 (159% and 102%, respectively), while the ratio of private debt to GDP, although on the rise, at the end of 2020 remains well below the average values observed in other countries.

Financial markets are easing recovery, while the crisis heightened vulnerabilities of NFCs and posed risks to bank asset quality.

In the first half of the year, equity indices marked a substantial recovery in the major advanced economies, although uneven across geographical areas and sectors. Both the EuroStoxx50 in the Eurozone and the S&P500 in the US recovered the losses incurred during the market turmoil due to pandemic (+14%), while the FTSE100 in the UK (+9%) remains below its pre-crisis levels. In Italy, over the first semester of the year the FTSEMib rose by 14 percentage points, similarly to the Dax30 and less than the Cac40 (+18%). Comparable trends were experienced by small cap indexes, whose growth in the same period ranged between 11% in France and slightly more than 29% in Italy. The recovery was heterogeneous across industries, with banking, manufacturing and oil&gas sectors experiencing the most robust growth (respectively, +24%, +19% and +17%). In the euro area, signs of a potential misalignment between market valuations and the fundamental values of listed companies can be detected, being less marked in the banking sector compared to the non-financial sector as well as less pronounced in Italy compared to that estimated for the Eurozone.

As for non-equity markets, both primary and secondary markets of sovereign bonds keep experiencing tranquil conditions. In Italy, in the first half of 2021 issues amounted to about 10% of total debt, with a proportion maturing within 12 months equal to 36% of the total issues. Italian government bond auctions kept recording a demand significantly higher than supply, while the 10-year BTP yield has remained close to or below 1% since September 2020. With regard to corporate debt securities, in 2020 net issuances of bank bonds fell to zero, reaching the lowest level of the decade, while those of non-financial companies remained at positive levels. On the secondary market low yields continue to prevail, although on the rise with respect to the end of 2020.

Due to pandemic, over 2020 European large non-financial listed companies recorded a sharp drop in revenues and, overall, a worsening in income and financial conditions. As a consequence, vulnerabilities of major listed firms heightened compared to the previous year. The share of companies with declining income and worsening financial indicators compared to their ten-year average has in fact increased. Overall, the most resilient large companies in terms of income, leverage and liquidity represent less than 4% of the total in Italy and less than 5% in Europe. These developments have left unchanged the relative ranking of Italian firms, which over 2011-2020 recorded on average an operating income steadily lower compared to their peers in the UK, France and Germany and a leverage higher on average than English and French companies.

During 2020, banks in major European countries experienced a decline in income margins due to both the persistent low interest rate environment and the declining operating efficiency. On the other hand, capital adequacy of European institutions, and Italian banks in particular, strengthened recording an increase in the core tier 1 ratio of around two percentage points compared to 2019. Credit quality has also improved. For major Italian banks the ratio of non-performing loans to the total fell from 7% to 4%, as a consequence of significant loan sales. However, banks remain exposed to the risk of a deterioration in asset quality, due to the weak economic environment, especially with respect to exposures to sectors hit hard by the crisis. As for Italian banks, just over 50% of loans granted to the private sector relate to firms operating in industries relatively more hit by the economic effects of the pandemic, such as trade and transport, arts and leisure activities, accommodation and food services. This figure is in line with that of French banks (49%) and lower than that of Germany (39%).

Household precautionary savings and liquidity rose, amid an accelerating interest in crypto assets.

Between 2019 and 2020, the gross savings rate of Italian households, while remaining below the Eurozone average, experienced a sharp increase (from 10% to 18%) that should only be partially reabsorbed in the current year. Thanks also to the dynamics of stock and bond prices recorded in the financial markets in the second and third quarters of 2020, the net wealth of Italian households grew, although remaining below figures for Germany and France. As for the composition of financial assets, the weight of liquidity increased, which at the end of 2020 recorded a YoY change at its highest level since 2015 (+7%), in line with the dynamics observed in the euro area. At the end of 2020, liquid assets in portfolio of Italian households amounted to more than €1,500 billion, equivalent to about 91% of GDP and 2.5 times the total capitalisation of the MTA and AIM Italy (€600 billion and €6 billion respectively). The analysis of both the gross saving rate and the liquidity to financial assets ratio over 2015-2020 shows that Italy and Spain lag behind other countries, as they show a lower saving rate and a higher weight of liquidity than the Eurozone average.

Trading activity on financial instruments by Italian retail investors has intensified from 2020 onwards, particularly in equities and mutual funds. In March 2020 alone, while equity markets were experiencing severe turbulence due to the health emergency, the amount of net stock purchases hit about €3 billion, compared to the 2019 monthly average of net sales amounting to €470 million.

In recent years, interest in crypto assets has grown significantly, especially among the youngest, as shown by available data on the number and age distribution of users globally. In particular, in 2021, the prices of cryptocurrencies rose significantly, including Bitcoin, which has the largest market share in terms of total capitalisation. Similarly to all cryptocurrencies, Bitcoin is characterised by a very high marked volatility, which is significantly higher than that of traditional investment options. A further critical issue is related to the way cryptocurrencies are traded and the underlying technologies. Some estimates for 2019 quantify the economic impact of fraud and cyber-attacks involving crypto assets at $4.5 billion, up sharply from the previous two years. In addition, available statistics on 479 digital exchanges show that less than 30 can be considered very reliable in terms of quality of the information published and only seven obtain a very positive assessment in terms of cybersecurity. Since mid-2020, a new area has been developing known as Decentralised Finance (DeFi), based on infrastructures that use blockchain technology and smart contracts to create and exchange financial products and services linked to crypto assets, without involving traditional intermediaries and centralised infrastructures. As shown by available data, the total value of assets locked (used as a growth indicator) jumped from $16.5 billion at the end of 2020 to more than $59 billion at the end of June 2021. Evidence on the top 10 DeFi infrastructures (accounting for 95% of the total value locked as of 21 July 2021) shows that lending activities are predominant.

The crisis is boosting sustainable finance and digitalisation, among the main pillars of the NGEU. Transition to a sustainable development model is a top priority in the agenda of policy makers. One of the pillars of the Recovery and Resilience Facility (RRF), the main instrument of the Next Generation EU (NGEU) programme, is green transition, as at least 37% of expenditure has to be related to climate and other environmental objectives. In addition, as part of the announced diversified financing strategy on the capital market of NGEU, the European Commission announced that at least 30% of the total bond issues will be green bonds. This measure will help boost the market of green bonds, whose issuance in the first half of 2021 more than doubled compared to the same period last year, thanks to sovereign issuers. Within such framework, Europe has long played a leading role, with new bond issues accounting for around 60% of the global aggregate as of June 2021. Italy, whose contribution remains lower than that of the major European countries, nevertheless shows a considerable increase. Europe is also a major contributor to the development of the ESG fund sector: as of March 2021, there were some 3,500 European funds, with total assets amounting to more than €1,600 billion (over 80% of the global figure). A similar trend can be observed in Italy, where at the end of the first quarter of 2021 the number of ESG funds stood at 1,210 (517 at the end of 2020), while the assets promoted reached €276 million (81 at the end of 2020). Sustainability is of great importance for the banking system too. In response to regulatory and supervisory pressures, banks are called upon to assess their exposure to sectors vulnerable to physical and transition risk, which are linked respectively to climate changes and to possible corrections in market values of assets triggered, for example, by restrictive regulation hitting sectors with higher levels of CO2 emissions. Data available at the end of 2020 show that, among the largest euro area countries, Spanish and Italian banks have the highest absolute exposures to companies vulnerable to risks related to extreme climate events, while in the Eurozone overall lending to companies operating in sectors with higher CO2 emission levels accounts for about 47% of total loans to non-financial companies.

[1] CONSOB, Research Department. Opinions are the authors’ personal views and are in no way binding on CONSOB.