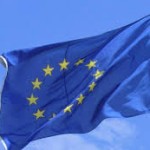 In our previous column on this site (Barucci, Baviera and Milani, 2015), we reported some evidence on the determinants of capital shortfalls (SF) of the Comprehensive Assessment (CA) performed by the European Central Bank (ECB) and the European Banking Authority (EBA).

In this second column, we focus on four main results.

The first one, already mentioned in Barucci, Baviera and Milani (2015), refers to the possibility that the ECB and the EBA adopted different approaches with respect to banks depending on their origin country. To address this point, we classify banks/holdings among core countries if they are incorporated in Austria, Belgium, Germany, Finland, France, Luxembourgand the Netherlands (otherwise they are considered among peripheral countries). A different message arises from the AQR and the ST.

With respect to non-performing exposures, in the AQR the effect is positive and significant for peripheral countries, while it is negative and significant for core countries. This outcome can be interpreted in two different ways: either the ECB during CA was benevolent (tough) towards banks incorporated in core (non-core) countries or previously National Competent Authorities of core (non-core) countries adopted a more severe (lighter) control towards domestic banks: in any case we observe a change of pace. Confirming this evaluation, the effect of the coverage ratio in core countries is negative and significant, while in peripheral countries it is not significant. Overall these results suggest that the ECB considered the balance sheets of banks operating in core markets to be cleaner than those of other countries. Finally, the systemic risk associated with a large bank implies a milder impact for banks operating in core countries than for those located in peripheral ones.

Considering the Stress Test (ST) SF, the only difference between the coefficients for core and non-core countries that is significant is the one referring to the systemic risk associated with a bank. This result seems to show that systemic banks operating in core countries are riskier, taking also into account their larger size with respect to the peripheral countries (in average they have a total asset more than two times larger). We may interpret this outcome as an evidence that the ST adverse scenario has not penalized peripheral countries, while the reverse holds true for the AQR.

The second topic refers to the role of state aids. During the financial crisis, in front of the financial distress of a bank, the states reacted in a very different ways. The European Commission supervises and approves state interventions, but it is difficult to say that the approach was homogeneous as they were mainly approved before strict rules were introduced in 2013. As a matter of fact, state interventions crucially depended on the public finance status of a country (the impact of state aids is estimated to be €250 bln in Germany, €60 bln in Spain, €50 bln in Ireland and the Netherlands, €40 bln in Greece). The debate on the press concentrated on the fact that the CA results may differ because of the amount of state aids in different countries. In particular in some countries (like Italy), it was argued that the financial system did not pass the exam brilliantly because it received a small state support during the crisis. Using different measures of state aids, Barucci, Baviera and Milani (2014) find that state support does not affect the AQR SF. Only direct capital injections have a negative effect on the shortfall. The latter result agrees with the fact that state capital injection increased the CET1 ratio yielding a smaller SF. Instead, the SF of the ST is positively affected by state intervention. This evidence seems to confirm that state aids induced a moral hazard effect with a riskier balance sheet (Dam and Koetter, 2012, Gropp et al., 2010, Mariathasan et al., 2014). However, it is difficult to interpret these results, as they can be the outcome of the deliberate endogenous decision of the bank (moral hazard), or of the state aids pack that often include prescription to the bank to lend money to the private sector.

Another point involves the regulatory environment, which may have played a role on the outcome of the AQR and ST exercises. On this issue one can consider four World Bank indicators of the regulatory environment: i) the fraction of banking system’s assets that are under foreign control; ii) an indicator of capital requirement stringency; iii) an indicator of financial conglomerates restrictions; iv) an indicator of the independence of the supervisory authority. The results show that an independent supervisory authority is associated with a smaller AQR SF, instead a stringent capital regulation and restrictions on financial conglomerates lead to a higher SF. The former outcome is expected, instead it is difficult to interpret the latter results, probably at least in part they are related to the fact that with a stringent regulation national discretions did not apply. Results on the ST exercises show that strict rules on capital regulations and restrictions on the activity of financial conglomerates (including shareholding participation in non-financial companies) are associated with a lower SF.

One of the main topic in the discussion of the AQR and ST results concerns  the role of country specific discretionary measures in the transition to Basel III (Visco, 2014). They are measured, from the capital point of view, considering the difference between the fully loaded CET1 ratio, i.e., the ratio obtained on the basis of the fully applied rules of Basel III, and the CET1 ratio in the transitional period, i.e. based on the national exceptions allowed by CRR/CRD (Capital Requirement Regulation/Directive), as result of the adverse scenario in 2016. Again we observe a different story in the AQR and in the ST.

Taking into account the ST SF, different results show up: banks located in countries with a higher freedom to set rules that allow for a smaller capital absorption are also more risky. This outcome is mainly driven by peripheral countries, in opposition to what is observed in the AQR. As a consequence, the national discretions have implied a higher SF in the ST only for banks in countries in bad macroeconomic shape, while banks operating in core countries have not been affected by the possibility to use national discretions.

These results, combined with those of Barucci, Baviera and Milani (2015), shed a grey light on the CA exercise because of some pitfalls in the methodology. The puzzling point is that the AQR and the ST provide so different results.

But is it really strange? How is this fact related to CA ability in capturing banks’ risk?

An answer to these key questions will be provided in a forthcoming column in FinRiskAlert.

–          Barucci, Emilio, Baviera, Roberto and Milani, Carlo (2015) What are the lessons of the Comprehensive Assessment? A first evidence, FinRiskAlert.it

–          Beltratti, Andrea and Paladino, Giovanna (2013) Why do banks optimize risk weights? The relevance of the cost of equity capital, mimeo.