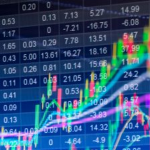 Pandemic evolution and Recovery Plan are everyday news, mostly quoted by the newscasts in relation to political events; Europe compares to USA, where the Biden administration has set hundreds of billions of dollars to spend to end the COVID-19 crisis. The Pandemic itself and these two huge injections of liquidity in the markets may raise the inflation level, with consequences on the insurance business as well.

This article explores the relationship of these four items, providing the most recent outlooks for the inflation evolution.

Back in 2018, the European Commission drafted its proposal for the EU’s next long-term budget and, just 2 years later, recommended a reinforcement for the period 2021-2027, together with a temporary recovery instrument called NextGenerationEU, aimed at restoring the economic activity from the pandemic effects. Last December 2020, the European Commission (EC), Parliament (EP) and Member States (EMS) agreed on the recovery plan to follow to lead Europe out of the crisis, making it more resilient, more digital, and greener. This liquidity injection, equal to 1.8 trillion euros, is the largest stimulus package ever financed in the EU and should both repair today’s damage and mitigate tomorrow’s uncertainties. The idea is that the EC will borrow money from the market and redistribute it to the EMS, after they will have ratified their decision on how to spend/invest the promised amount.

Overseas, the US President Biden has financed an economic stimulus package of 1.6 trillion euros (1.9 trillion dollars) to push the unemployment rate down to 4% and to help one million of Black and Hispanic women to return to work within a year. Similar goals were set by Biden back in 2009, as a vice president of the Obama administration, where he oversaw a smaller package to lift the country from the Great Recession. At that time, the liquidity injection was too small to face the crisis, causing a certain disappointment. This time, the steadily increase of vaccinations and the declining unemployment rate (from 14.8% to 6.2%) seem to rise the economic optimism.

To understand the impacts these two measures can have on the inflation evolution and, ultimately, on the insurance business, it is useful to recall few basic notions.

Inflation measures over a period the change in price of a basket of diversified goods and services (food grains, fuel, electricity, transportation, healthcare). It is often expressed as a percentage, and, showing a positive value (the negative one is called deflation), expresses the decline of purchasing power of a given currency: with the same unit of currency people buy less than they did before. Common inflation indexes are the Consumer Price Index (CPI) and the Wholesale Price Index (WPI).

Theoretically, there should be an optimum level of inflation that promotes spending money rather than saving it, boosting the economic growth. Prices get higher when the demand exceeds the supply, and this happens when the money supply growth outpaces the economic one. The same principle applies for the contrary. In extreme situations the European Central Bank (EU) and the Federal Reserve (USA) counterbalance the supply of money to keep the inflation within its target (around 2%), avoiding shocks in the economy. Balance is the key of success: stable prices allows for planning and for reality to match expectations.

An increase in the supply of money should bring about inflation, although just the first of these three historical facts seems to support this theory:

By decreasing the value of cash, inflation makes certain asset classes (gold, real estate, and inflation-linked bonds) profitable and others (bonds denominated in currency) loss-making. Stocks are hedged against inflation, as their price rise naturally include the effects of inflation.

From the insurance company perspective, inflation can hurt the margin of products by rising the claims severity (nominal liabilities) for non-life policies and by making disability and long-term care claims more expensive for life policies. Higher administrative costs (such as the employees’ wages, rent or appreciation of goods) lower the profitability of in-force policies with contractually fixed loadings. Even when it is possible to adjusting the premiums of non-life policies, this happens with a certain time leg. Deflation can be bad as well for life insurance companies, being generally accompanied by declining interest rates, that bites for saving products with interest rates guarantees.

From the policyholder point of view, inflation depreciates the value of protection policies and deferred capitals, whose benefits are expressed in nominal terms, unaffected by inflation; on the other hand, deflation can lower the credited rates for saving products with no minimum guarantee, that can also suffer inflation, as explained above. Unit Link policies and Hybrid products can perform better, with the possibility of investing in stocks, real estate funds and commodity assets.

Having these relationships in mind, the question arises: what is the most recent outlook for the inflation evolution? Is the global inflation going to rise, because of both the recovery fund (EU) and the Biden’s stimulus package (USA)? Is there anything else to be considered? Three opinions are presented in the following, together with the latest data available for Italy:

In a debate, the Harvard professor and the Nobel laureate shared the view of a need for a stimulus package, but disagreed on the magnitude set by Biden: Summers thinks that it is excessive and it will cause high levels of inflation, forcing the Federal Reserve to raise interest rates to bring it back under control. Higher rates will make borrowing money and indebtment more costly, hurting the still ailing economic growth and the already indebted public finances.

The organization that promotes global economic growth and financial stability appears to be less worried, claiming that a spike in inflation is unlike to happen until unemployment remains so high. Its expectation for the USA market in 2022 is to register an inflation rate of just 2.25%.

The professor and the macroeconomist argue that the persistent low inflation of the last three decades may soon come to an end. After the inflationary peaks of the 70’s and 80’s, inflation has been kept under control by central banks and structural changes arising from globalization, in particular the emergence of China as an economic power (after the reforms of Deng Xiaoping in the 80’s and 90’s). China has managed to keep internal prices and wages low for long, thanks to a low dependency ratio (ratio between non-working population, such as children and elderly, and working population), that has started soaring since 2015. Unless other less-developed regions (such as India or Africa) replace China, the global production will slowdown, resulting in higher prices and hence inflation. On the bright side, some of the lost jobs may come back to advanced economies. The pandemic has already plaid a role in the partial re-thinking of globalization and offshoring: think of the disruption in the supply chains experienced with the shortage of face masks. In Italy and in the other advanced economies, the dependency ratios started growing around 2000 because of an aging in the society but the inflation remained stable because of both cheap imports from China and stagnation of wages following the loss of jobs that had been offshored. But the aging of the societies has burdened pension and healthcare systems, resulting in the tremendous levels of public debts, that can be paid either by a strong economic growth (difficult to achieve in a short term) or by a higher taxation (politically unpopular) or by rising inflation. This would be a short-sighted answer: governments would avoid to default, but the price would be paid by the owner of government bonds, including pension and insurance policyholders.

Last 31st March 2021, ISTAT (the Italian National Institute of Statistics) published the statistics related to inflation in Italy during the month: it is increasing. The rate of change of the Italian consumer price index for the whole nation (NIC) has recorded a +0.3%/+0.8% on monthly/annual basis (mainly driven by the trend reversal of prices of non-regulated energy products) and the rate of change of the Italian harmonized index of consumer prices (HICP) has recorded +1.8%/+0.6% on monthly/annual basis (mainly due to the end of the winter sales of clothing and footwear, not considered by NIC).

Bibliography (in order of reference):