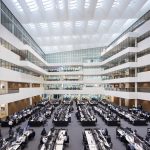 (This is a slightly revised version of a blog posted at Bruegel on January 22, 2020, https://bruegel.org/2020/01/incorporating-political-risks-into-debt-sustainability-analysis/ )

Political stability and economic policy uncertainty can be key determinants of sovereign debt dynamics, and we show how they can be incorporated in debt sustainability analysis. We distinguish between short-term ambiguity and long-term uncertainty about political risk factors, and using a combination of narrative scenarios and calibrated probabilistic scenarios we obtain a comprehensive heatmap of high-risk debt dynamics.  We use Italy as an interesting case study and demonstrate a “red shift” in the assessment of vulnerabilities when accounting for political risks. Ignoring these risks can lead to excessive optimism and wrong decisions.

When lenders such as the International Monetary Fund or the European Stability Mechanism want to assess whether a country meets the criteria for receiving international assistance, they carry out a debt sustainability analysis (DSA). This involves debt simulations and scenarios that evaluate the likelihood of countries meeting their future obligations. The Greek debt crisis, however, exposed the drawbacks of traditional debt sustainability analysis. During crisis episodes uncertainty is high, and therefore focusing on average dynamics, or on a few scenarios, can conceal potential risks. DSA applies to crisis countries only, but an early warning system identifying vulnerabilities is relevant for all countries. A more general, less stringent, debt vulnerabilities analysis (DVA) could be used to assess a country’s debt management policies to identify vulnerabilities, without leading immediately to policy consequence.

DVA would not carry the significant connotations of DSA.  It would have less stringent criteria for raising red flags, and would not lead immediately to policy consequences. For instance, it could be used to spot when a country has debt that is non-decreasing from very high levels, even though that country might pass the DSA test. The Dutch State Treasury Agency evaluates its public debt management practices every three years, even though its debt-to-GDP ratio is only 50%. The agency carries out a comprehensive analysis prior to a political review, including an evaluation of vulnerabilities, and the implications for policy are transmitted to the Dutch parliament by the finance minister (the 2019 evaluation is available here).

Such broader analysis could, in particular, account for political risks that are currently used to guide expert judgment by the institutions, but are not part of DSA. The IMF makes references to political risks and policy uncertainty in its Article IV Consultation reports,[1] ESM uses governance and/or political risk ratings in its Sovereign Vulnerabilities Index, and ECB uses such ratings to generate a heat map, classifying RED countries in the bottom ratings tercile, GREEN in the top tercile, and YELLOW in the middle. Such broad-brush treatment of political risks is useful, but unlikely to be effective.

Political instability and economic policy uncertainty can be key determinants of sovereign debt dynamics, but are not captured adequately, with quantitative rigor, by traditional DSAs. When the IMF, the ECB or the ESM carry out DSAs, they take into account risk factors including the country’s fiscal consolidation path, GDP growth and financial assumptions relating to the sovereign bond yields. They also consider debt aging costs, macro (bank) stress tests, inflation shocks, structural shocks, contingent liabilities and privatisation receipts. We argue that political risk factors can also be quantified, and should be part of debt analysis.

Building on these advances, political risks can be incorporated in DSA (and DVA) and can materially affect the conclusions. We first identify (see Gala et al. 2018) two key quantifiable dimensions of political risk, and second distinguish between short-term ambiguity about the political factors that cannot be measured, and long-term risks that are modelled probabilistically. Third, we use a combination of narrative scenarios about the short-term ambiguity, and calibrated probabilistic scenarios for long-term risks (and Zenios et al. 2019), to obtain a comprehensive heatmap of high-risk debt dynamics. As an example of what happens when political risks are included, we look at recent developments in Italy (see below).

To incorporate political risks in DSA, we are faced with the problem of uncertainty specification, which has been daunting economists for a very long time (see for example Knight, 1921, and Arrow, 1951). We need to account for short-term ambiguity (ie which government wins the election, what policies will they implement, will a country be able to follow an adjustment programme?) and for the long-term volatility towards a well estimated expected future state, if we think that such an equilibrium state exists. In general, it is not possible to estimate reliably an election outcome or what policies a new government will pursue.

We adopt narrative scenarios for variables with ambiguous immediate outcomes, to see what the bad outcomes might be, and calibrated probabilistic scenarios for long-run uncertainty to estimate appropriate risk metrics. We run the DSA model for a range of plausible values for the critical variables that are affected by political event, such us government surplus and country GDP growth. For the long-run risks, we calibrated scenarios of economic, fiscal and financial variables, accounting for political effects. With this approach we identify values for ambiguous variables with high probability of bad outcomes, so that they can be avoided. The result is a comprehensive heatmap of high-risk debt dynamics, with quantile optimisation for those aspects of the problem that are amenable to scenario calibration, and identification of narrative scenarios with bad outcomes that must be avoided, for the ambiguous aspects.

Italy as a case study

We applied our model to the 2019 budget agreement between the Italian government and the European Commission. We assess whether Italy can stay on a non-increasing debt path with gross financing needs below an IMF-specified threshold of 20% of GDP, and demonstrate the material effects of political risks (Note: our assessment criteria are less stringent than those of official DSAs).

We start with a scenario tree covering GDP growth, the primary balance and the risk-free rate of euro-area 5-year AAA rated sovereigns, but without political variables. The scenario tree was calibrated to Italy’s conditions and observed market data, using historical volatilities and correlations. To the scenarios of risk-free rates, the model added premia capturing the response of borrowing rates to debt levels.

A significant short term political risk was the fiscal stance of the new Italian government following the 2018 elections. We parametrically change growth and primary balance projections to cover plausible outcomes, and evaluate, using the calibrated long-term scenario trees, the likelihood of debt stocks and gross financing needs staying within the thresholds. The result is a heatmap that shows the likelihood of debt dynamics remaining within the thresholds for a wide range of the ambiguous variables. We use the model to draw the heatmap and assess Italian debt dynamics under three narrative scenarios: (i) no policy change; (ii) the new Italian government achieves its growth and surplus projections; and (iii) Italy reaches the targets in the agreement negotiated with the European Commission. For each narrative scenario we assess if its outcomes would violate the thresholds, and, therefore, must be avoided.

Figure 1 shows the heat map, with dark green denoting an extremely low probability (0.01) of unsustainable dynamics, and red denoting a very high probability (0.85). Note that for a wide range of combinations of GDP growth and primary balance, the dynamics are unsustainable with very high probability. Italy is clearly vulnerable. The map also locates our narrative scenarios: ‘IMF’ denotes projections from the IMF World Economic Outlook report for 2018. Under our model calibration, and without any change in policy, the debt dynamics are highly likely to be unsustainable. ‘Pre- agreement’ corresponds to the Italian government targets before the budget agreement with the European Commission. It improves on the previous policy but is still in the red zone. ‘Post-agreement’ presents further improvements, shifting Italy into the yellow zone, with a probability of 0.55 for sustainable dynamics. The wisdom of a policy with a 0.55 chance of achieving its objectives is questionable and additional fiscal effort would be needed to increase to 0.85 the probability of remaining within the thresholds (green). Using the model, we estimate that with a total fiscal effort of 3.5% of GDP over twelve years, capped at 0.3% per annum, Italy can reach this target. This finding is in agreement with Sapir (2018) that Italy should have been running consistently a higher primary surplus to avoid finding itself in its current predicament, although our estimates for the extra effort are lower.

We then incorporated long-term political risks. We generated a new scenario tree with political stability and economic policy confidence state variables, calibrated to Italy’s volatile political variables around estimated long-term trends. To calibrate the political state variables, we assume that they converge long-term to their historical averages of 4.5 (out of 10) for stability and 15.5 (out of 100) for policy. We also estimate volatilities from the historical ratings for Italy, namely a standard deviation of 1 for stability and 11 for economic policy confidence. The political variables are correlated with growth, primary balance and interest rates, with historical correlations from -0.44 to 0.75, respectively. Regression estimates of the bond yield sensitivities to these factors are then added to the refinancing costs scenarios, adjusted according to the endogenous debt risk premium. We re-run the model including political risk premia and redraw the heatmap (Figure 2).

From this, a marked increase in the area that denotes a high probability of unsustainable dynamics can be seen. With political vulnerabilities taken into account, more combinations of growth and primary surplus are highly likely to violate the thresholds. Under our model, the agreement with the European Commission, which was estimated to have a slightly better than 0.50 chance of success, would only have a 0.15 chance of success when political risks are accounted for. The additional fiscal effort that restores sustainability with probability of 0.85, is now borderline light green, with a 0.65 to 0.55 chance of success. Clearly, ignoring the political risks can lead to excessive optimism and wrong decisions.

[1] See, for instance, the 2018 Financial Stability Report and the 2018 Global Outlook Reports. Such references appear twenty-six times in the 2016 Article IV report for Greece, twelve times in the 2018 report, and four times in 2019.