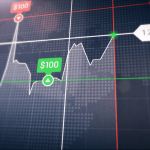 October 2019. Speaking in his capacity as chairman of the European Banking Federation, the c.e.o of Unicredit postulated the need to transversally “tax” bank deposits by “remunerating” them with negative rates: deposits above 100,000 euros were first mentioned, then the threshold rose to 1 million. A declaration not welcomed even by the main players of the banking milieu. It was not Jean-Pierre Mustier’s statement that triggered the problem. It has just stimulated reflections on an explosive dilemma that lies for a long time beneath burning ashes: must the negative rates on deposits in central banks be or not be rebated on depositors? So asked, the question is reductive and unchains panic, demagogy, underestimation: panic in the clientele that strives to escape the hateful paradox of paying banks to keep savings; demagogy that turns a serious technical problem into an abnormal and suicidal anti-banking war; underestimation of the legal and financial side effects that such a measure could entail. The simplifying instinct is the worst tool to defuse a device unknown to the millennial history of money: creditors never paid debtors. Instead, the matter requires coldness and reasoning.

Step back. At the height of the crisis, between 2008 and 2012, respectively Fed and ECB embraced what the journalistic metaphor will call the bazookas, i.e.  they strafed markets with  liquidity by taking paper away. In other words: buying securities – the total estimate is 15 trillion dollars – and protecting them from the risk of speculative abuse. In addition, ECB has gradually but drastically reduced rates in order to prevent the bite of the crisis from ruining the economies. Without those measures, the state of European economic health, then aggravated by the demented customs conflict, by the defeat of that stupid short-term mirage that goes under the name of globalization and by an increasing recession as a result of the first and the second, would have been and today it would be much worse. Every drastic treatment implies side effects: buying securities means raising their price and automatically reducing their returns (if one buys a nominal value of 100 at 110 and a yield of 2% over 5 years, the algebraic outcome inevitably becomes negative), lowering rates involves necessarily a fall in the debts’ cost. The final result that today astonishes the most is obvious: the general collapse of the cost of money means that even the worst and least reliable securities, including junk-bonds, offer negative returns and give shape to the foregoing paradox: those who buy them not only do not will earn nothing but will receive less than they invested. An unacceptable dystopia to investors, who therefore prefer to avoid investments and maintain liquidity with the certainty of not getting lost in the worst case.  Certainty today tarnished by the dilemma we are dealing with.

The Eurosystem requires banks to deposit a certain amount of liquidity in ECB (so called “minimum reserves”) for the purpose of coping with possible shocks. However, the banks have deposited even larger amounts of liquidity. The negative rates paid by ECB (currently -0.5%) mean that the banks lose a small portion of their deposits daily. Hence the idea of ​​operating a “transitive penalty”: redistributing the loss to depositing customers by applying negative rates also on free account deposits. A similar choice – which not by chance met the disagreement of many institutes (the president of Intesa Sanpaolo Gian Maria Gros Pietro declared that the solution lies in adding, not in subtracting) – should be submitted to a careful investigation of legal feasibility as well as to a reasoned assessment of adverse effects.

A common denominator of every evaluation is a principle of rationality as well as behavioral ethics: if a bank must be severely punished when it breaches the law, a war of principles against the banking system (foolish war as well as short-sighted because the true emblem of degenerate capitalism lies elsewhere) can seriously compromise the stability of the entire credit ecosystem, with unpredictable collective rebounds.

From a legal point of view, a mortgage could never generate negative interest, but the same principle cannot apply analogously to deposits. Even if the deposited money can be used by the bank, the customer’s right to demand full or partial repayment at any time lacks ground for assimilating a deposit to a loan (different speech is required for time deposits whose pay-off could be attractive – I  do emphasize: time deposits, not structured ones, the latter being now financial products according to Mifid2). Hence, may the negative rate be construed as a cost? The question is not inappropriate. The courtrooms overflow with actions, opinions and, sometimes and unfortunately, decisions that, often clinging to formalistic exasperations or running into sophisms or mathematical illusions, make a loan free for insufficient transparency (by applying article 117 of Italian unified text of banking laws) or to be deemed exceeding the usury thresholds. An interest rate, even if negative, should however be considered as a remuneration condition, not as an additional cost. Nevertheless, failing an unequivocal regulatory clarification, the risk of a judicial reconstruing would far outweigh the benefit of the rebate.

As to the technical level, the phenomenon of the negative ECB deposit rate is being resized. The introduction of the so-called tiering (application of the negative rate only on minimum reserves and of 0 rate on surplus deposits), effective from October 30, should lead to a several billion recovery for all European banks. A hasty and risky transfer of negative interest rates on deposits could therefore generate unfair and spiteful unevenness and exacerbate the aforesaid legal assault.

Eventually, the main side effects would result in the deposits decrease (through the improper use of the bank draft or the withdrawal and safekeeping, with every predictable management problem and with all due respect to the fight against cash), in their redistribution on more institutions up to the negative interest threshold (with related increase of costs for each single depositor), on their escape towards non-European shores (goodbye then to the coveted return of capital) or in their investment that would be the most logical and welcomed solution to banks and customers. The drawback, in this case, given the feeble market, is the redirecting to products that may not be adequate for the investor’s risk profile and in any case with unwelcomed liquidity constraints for depositors.

A possible way out is to create securitization vehicles in which the bank reverses short-term receivables owed by its best customers by issuing securities that ensure a low but not negative return to the depositor. The bank should take a significant stake in the issue and the duration, in parallel with the one of the underlying loans, should fluctuate between 2 and 3 years. It is only an idea, certainly perfectible and certainly not the only one. But an improper taxation of deposits, no: it would not work. Gian Maria Gros Pietro is right when he says that it’s time to add not to subtract.