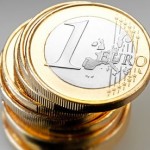 The 2007–2008 global financial crisis has signalled how bad the consequences could be of separating information production from risk taking by applying the originate-to-distribute model. Non-performing loans skyrocket after the trigger of deep recessions, house prices collapse, dwelling bubbles burst. Financial intermediation needs to deal with this new framework, and to be compliant with the more stringent prudential regulations. Is relationship lending able to overcome these problems in the middle of financial turmoil? Does transactional lending help to prevent bankruptcies when macroeconomic conditions are unstable? Are community banks more suitable for selecting superior borrowers when concern about private debt sustainability raised?

I tried to give some answers to these questions in one of my recent paper (Milani, 2017).

Characteristics of household debt in Italy

My empirical analysis is based on data from the Survey on Italian Households’ Income and Wealth (SHIW) gathered by the Bank of Italy. This survey collected social, financial and economic characteristics of about 8,000 Italian households. The 2012 survey is used, providing an opportunity to test for the effect of lending technologies during a very turbulent financial period of Italian history.

Table 1 summarises the social and economic characteristics of Italian households with liabilities to banks and/or financial companies and, among them, those that are behind with financial payments by more than 90 days.

When considering the individual demographic characteristics of householders, I notice that men are more indebted than women. However, the incidence of past dues by gender is similar.

Furthermore, I notice that individuals with an educational qualification up to secondary-school certificate are less indebted (16.3%) than those with higher education (30%). Nonetheless, the former show the highest frequency of past dues (10.8%).

No relevant differences are found with respect to the incidence of indebtedness by the size of town of residence. On the other hand, a higher frequency of past dues is found for households living in small towns (up to 40,000 inhabitants).

Higher-income categories are those with the highest incidence of financial debts. Conversely, the poorer ones are those with more difficulties in keeping up with payments. The same indications apply when property assets are divided into categories of ownership. 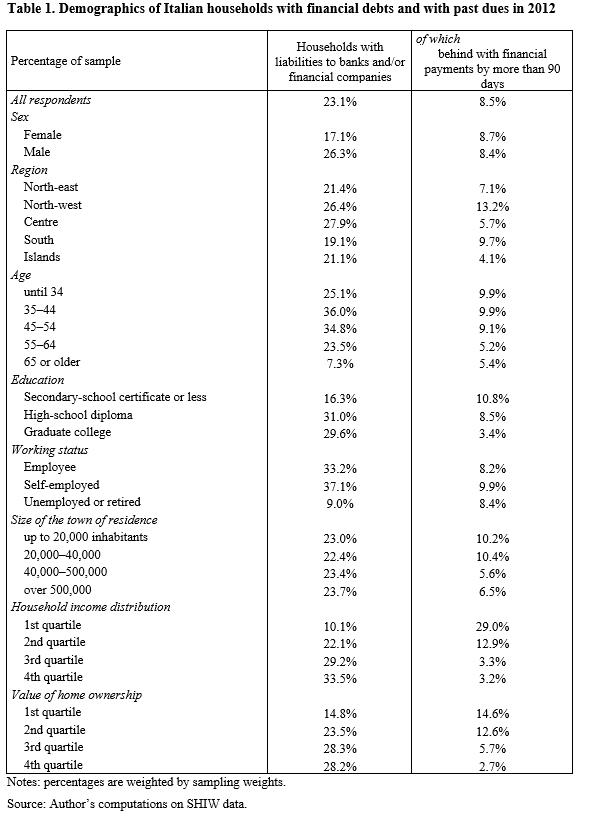 In the empirical analysis, I evaluate ways in which interactions between banks and their customers affect the probability of households becoming insolvent. Specifically, the paper tests two different approaches: the relationship and transactional lending technologies. In the first case, banks tend to lend to their customers based on private information, collected thanks to face-to-face contacts (so-called soft information). On the other hand, when transactional lending technologies are applied, the underwriting procedure is based on data collected by public or private registers (so-called hard data), and elaborated on through statistical models (credit scoring models).

Moreover, the paper also tests for the impact of a higher presence of smaller banks with a focus on local business (so-called community banks). In fact, as remarked by Stein (2002), Berger et al. (2005) and Berger and Udell (2006), small banks have a relative advantage in collecting soft information, while large ones are in a better position to use hard information. In this respect, Italy is an interesting  laboratory for my study due to a high presence of cooperative and mutual banks (Panetta, 2015).  Italian community banks have increased their market share in terms of branches from the pre-crisis to the post-crisis period (figure 1), helping to overcome constraints to credit access for SMEs. 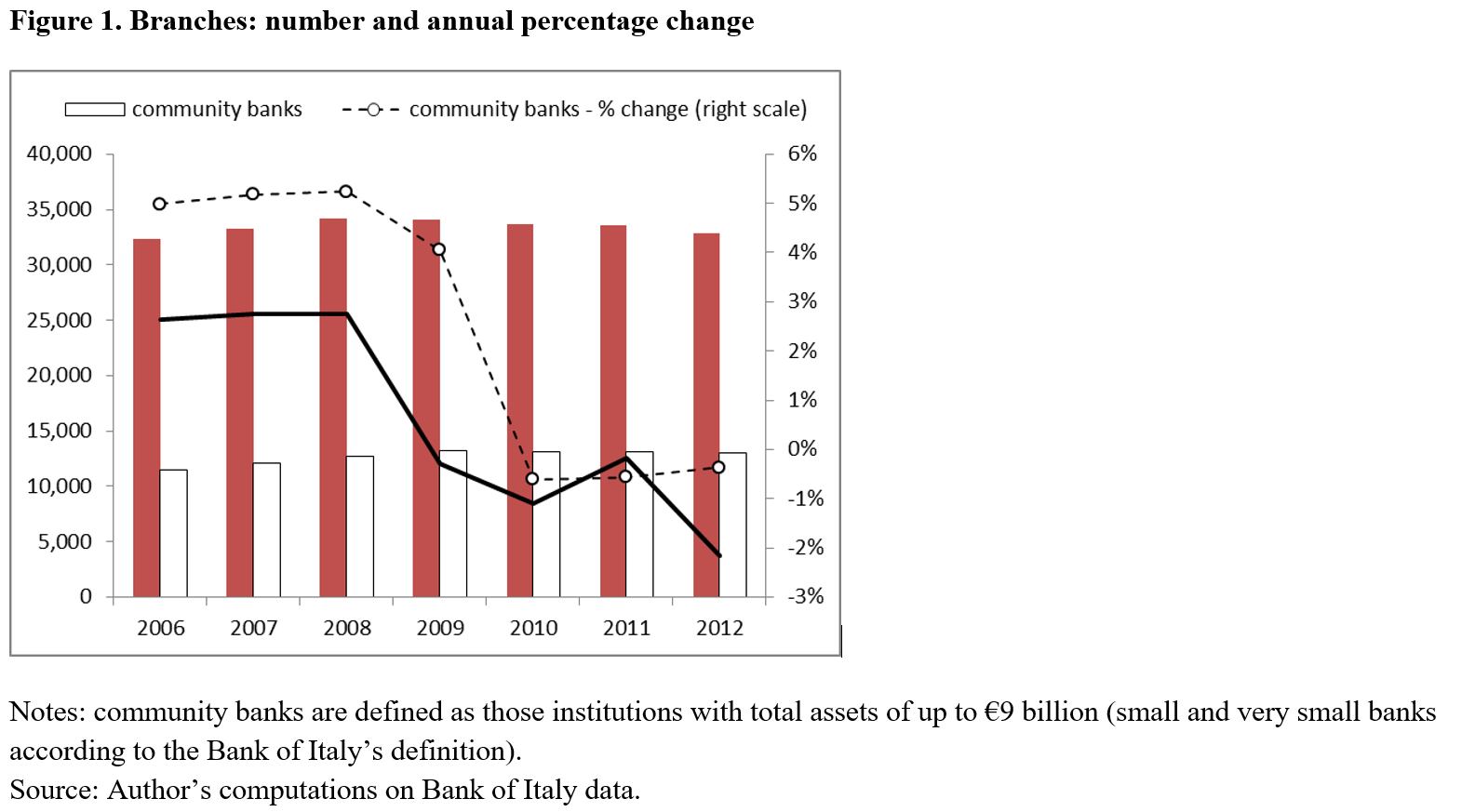 I find that where community banks are more common bankruptcies increase. However, this outcome is mainly driven by households living in small towns, where the competitive pressure from medium-large banks is lower.

The policy implications of the paper are important. The banking consolidation process, driven by the economic and financial crisis, could have a negative effect on financial stability. In fact, the consequent increase in physical and cultural distance between borrowers and lenders, and the decline in competition, could lead banks to engage in less accurate loan screening and monitoring.

Panetta F. (2015), ‘The transition towards a more stable financial system’. Address by the Deputy Governor of the Bank of Italy.