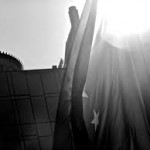 The European Insurance and Occupational Pensions Authority (EIOPA) is working on building a common supervisory culture and on ensuring the use of common procedures across Member States under the Solvency II framework. The critical area of the approval process of Internal Models (IM) is particularly prone to inconsistent approaches and needs therefore to be monitored.

Undertakings which want to apply for the approval of their IM to calculate the SCR have to provide their National Competent Authorities (NCAs) with all the necessary evidences to prove they are compliant with the relevant requirements set out in Solvency II directive and in the Guidelines. To guarantee a consistent approach across Europe, on the 14th of April 2015 EIOPA published an Opinion on Internal Models to recommend to the NCAs which are the preferred options to be used to model some risks in three areas where different approaches exist.

NCAs should require the risk related to Sovereign Exposures to be taken into account.
After having collected the data and examined the treatments, EIOPA will decide if further guidance or actions will be needed.

2.       Guidance for NCAs in absence of some related formal decisions

In case some relevant data (e.g. risk-free interest rate term structure) were not yet published at the time of the submission of an IM application, NCAs should assess the IM application on a “best endeavour basis” judging the reliability of the adopted approximation and considering the impact of approximation errors and possible restatements.

In case the Commission’s decisions on granting equivalence to third countries was not yet published, NCAs should not make presumptions upon a positive outcome.

The use of comparative studies is as a complementary tool in the analysis of an internal model and NCAs should carry out comparisons both at NCA level and at EU level coordinated by EIOPA.

As stated by Gabriel Bernardino, Chairman of EIOPA, the Authority will monitor the actions taken by NCA in light of this Opinion document and will consider if further measures will be required.

It’s worthy to notice that the risk of supervisory arbitrage with respect to the pre-application process has diminished over the last two years and the implementation of actions taken by both the NCAs and EIOPA itself will keep on being assessed by forthcoming follow-ups: for instance the Authorities are expected to inform the Review Panel (a permanent group comprising representatives of the National Supervisory Authorities with the necessary independence and objectivity, seniority, knowledge of the community legislation and EIOPA measures, and expertise in supervisory practices to guarantee the credibility and the effectiveness of the peer review mechanism) about the actions taken during 2014 and to be taken during 2015 by mid 2015.

The last Progress Report on the enhancement of supervisory practices related to the assessment of IM during the pre-application process was published by EIOPA on the 20th of March 2015: data were based on the progress report submitted by the NCAs for the follow-up to the two peer reviews launched by EIOPA during 2012; the analysis followed the principle of proportionality (number of pre-application processes and size of the market/insurance sector involved). From an overall point of view, the vast majority of recommendations have already been followed and those remaining are planned to be implemented by mid-2015 the latest. Some of the 21 general recommendations addressed to EIOPA have already been overtaken by the development of the Solvency II Preparatory Guidelines and, overall, for all of them an action has already been taken; nonetheless further follow up swill be needed on the encouraging of the use of consistent communication and approaches and on the encouraging of sharing experience and technical papers. 4 general recommendations were addressed instead to the NCAs, in particular

NCAs have also dealt with specific recommendations and, not surprisingly, the ones with more experience have undertaken major actions. These can be broadly identified as