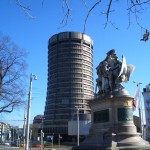 In the last December, 2014, the Basel Committee issued a new consultative paper, for a relevant revision of the credit risk “standard” model. This is just a piece of a global strategy for the revision of the standard models. In fact also the market risk and the counterparty risk, with some recent ongoing processes, are deeply changing in the standard calculation mechanisms. The paper shortly reviews the current situation and points out the main innovations, along with some issues that must be better defined.

The “classical” credit risk of the banking book was not changed in an effective way. Among the EU (CRDIV) specific updates to the general framework, we recall the “SME supporting factor”, that allows to apply a smaller risk weight coefficient to the counterparties where the revenues are less than  1.5 mln €.

Hence also the current regulatory set-up for the credit risk may be referred to the Basel II rules.

The capital requirement may be calculated according to two different approaches, the standard approach (we observe that in the Basel II naming often the term “standard” is used, while “standardised” is preferred in the new revisions) and the internal rating approach (IRB). More explicitly:

The consultative paper for the new  credit risk standardised model follows and comes along with the previous relevant revisions of the market risk (paper 265) and counterparty risk (paper 279).

This general evolution comes from some evident drawbacks of the Basel 2.5 and Basel 3 reforms, namely:

Due to the above reasons in the market one can observe an evident paradox, i.e. the capital requirement for the banks that have invested a lot for the internal model validation often shows figures higher than the simple standard models.

Hence the Basel committee is trying to arrange this inconsistency. Moreover, the general goal is that the standardised new models must be more risk sensitive (i.e. correlated to the effective risk drivers) and more granular, i.e. more flexible in being adapted to the specific bank exposures/portfolios.

These revisions should satisfy (at least) two different technical issues: 1) a tradeoff between accuracy and simplicity. The small banks have not the budgets or the know-how for too sophisticated approaches. 2) a robust calibration rules set, in order to level the playfield (with respect to the internal models) and to update the coefficients when needed.

As stated in the paper 305, the review want to math several purposes, that is:

The above purposes are stated in some more detailed seven principles. The reliance from the external ratings is one of the most innovative principles. At a first level, one can doubt about its applicability, because of the current “propagation” of the (external) rating logics into the whole financial market participants.

Generally speaking, all the new proposals aim to define in a clear way the risk drivers underlying the exposures. The availability of practical guidelines about the risk driver makes it possible to satisfy the risk sensitivity approach.

Let us classify the main new proposals according to the different exposures categories:

Exposures to the Banks

The new proposal suggest as risk drivers the following:

Finally, some rules to include the “securities firms” in the bank exposures portfolio are given.

Exposures to the Corporates

As a main risk drivers, the committee indicates the  revenues of the firms.

The rationale is that any profitability measure could create some misaligned incentives and introduce excessive procyclicality.

The second risk driver is the balance sheet leverage.

The risk weight could range from 60% to 300% of a suitable combination of the risk drivers.

The current standard model assigns a 75% preferential coefficient to the retail exposures. The consultative paper enhances the criteria to qualify for the preferential treatment in the retail category.

These criteria can be sketched in the following points:

The committee will evaluate if maintain the unique 75% risk weight or to apply a diversified table, as a function of concentration and maturity.

Many banks and banking association have given feedbacks to the consultative papers. We cannot give an exhaustive review, but let us summarize as an example the perspectives of some very different players:

The debate in the banking sector is still in progress, and the timeline for the revision process could be extended. We agree with the most of the above remarks. Furthermore we believe that the revenues variable (for the corporates) without a high-granularity clustering (sector and geography) process could be uninformative. Hence we expect a substantial improvement of the quite fragile risk drivers set up for the corporates.